When it comes to Afghanistan, is history doomed to repeat itself? 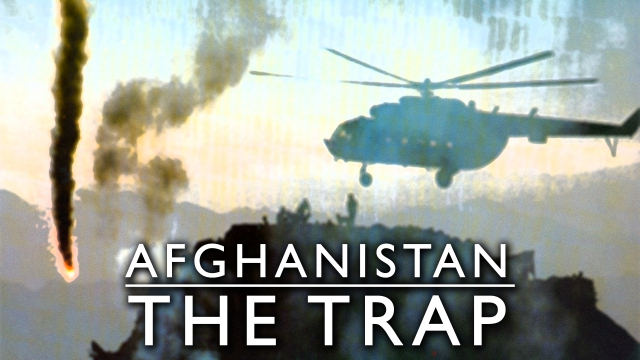 Filmmaker Jeff B Harmon and cameraman Alexander Lindsay dodged bullets and kidnap to bring us the definitive 16mm coverage of the Soviet war from both the Russian and Afghan perspectives. 'The Trap' presents their award-winning coverage in a new documentary which raises powerful questions about the conflict in Afghanistan today.

"Where do you come from son-of-an-English infidel? Talk you son-of-a-whore!" - a group of Muslim Mujahideen taunt and jeer a chained Afghan Army soldier. The soviet troops may have secured the capital, the airfields and all of the major towns, but Kandahar, a biblical dust-ball of a city, remains with the Muslim rebels. "Kandahar has no mountains, we must fight in the open but we're not afraid", declares Mujahideen leader, Haji Abdul Latif, "we have proclaimed a Jihad on the infidels and we will fight until our last breath!" Seven years after the Soviets entered Afghanistan, Afghan guerrillas, armed with simple and obsolete weapons, are still fighting a modern and well-equipped force of 120 000 Soviet troops. "My job is to sneak up to Russians and communists and shoot them", says a nine year old Mujahideen boy, brandishing his pistol. Here on the ancient 'Road of Life', running from Haraiton to Kabul, the Soviet powers are under constant, albeit, primitive siege. "The Afghan Army, is not very strong", says a Soviet soldier, "it's still raw". So it's up to the Soviets to fight the enemy in close combat - an increasing psychological strain. The Mujahideen who faced the Russians are the direct forefathers of today's Taliban. "God is great! Death to Gorbachev! Long live Afghanistan!" comes the battle cry. Six different groups of Mujahideen storm a major Soviet and Afghan army garrison. The Soviets retaliate with helicopter gunships and Migs - strafing and bombing the Mujahideen positions. "Get up you weakling and fire again!" a Mujahideen screams over the sound of the helicopter. The siege continues without either side gaining ground. "God gives those who fight Jihad a special place in Paradise!", says one Mujahideen before his group blast their way out of a siege using only rifles. In this bloody and cruel conflict, Afghan's religious martyrdom defined a fanaticism powerful enough for some rag tag troops to shake a mighty army hundreds of times more powerful than themselves. After ten years many Soviet soldiers were convinced: "our presence here can be considered a mistake. This is their country, they can sort themselves out, figure out how to live their own lives..." This beautifully crafted documentary concentrates on the Soviet experience and subtly casts a shadow on the conflict today. Its indirect authority makes the resonance with today's experience all the stronger: 'The Trap' is too powerful and relevant to ignore. It was ten years before Soviet powers finally pulled out of Afghanistan, during which 13,000 Russian soldiers and over a million Afghans were killed. LEARN MORE.
WATCH MORE.
JOIN THE DISCUSSION.
FULL SYNOPSIS
TRANSCRIPT 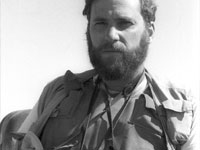 A journalist and war correspondent, Jeff B. Harmon penetrated the Nazi underground in Paraguay while searching for Dr. Josef Mengele, right-wing death squads in El Salvador, covered Emperor Bokassa's coronation, the fall of Idi Amin, the war in Afghanistan and Saddam Hussein's Iraq. Director/Producer Jeff B. Harmon and cameraman Alexander Lindsay were the only Western filmmakers in the history of the Russian occupation of Afghanistan to be embedded with the Soviet Armed Forces. 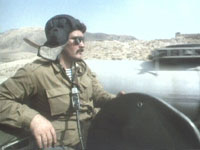