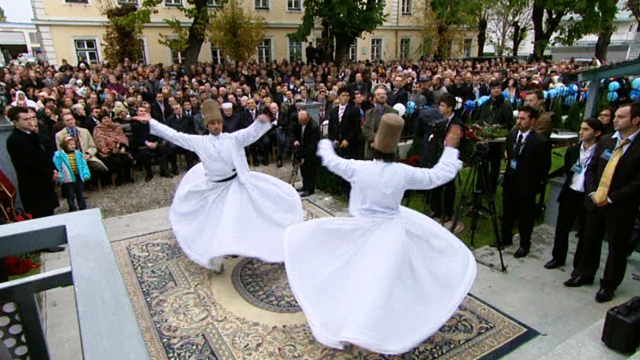 Without its characteristic minarets, it is hard to distinguish the new mosque in the Austrian town of Voslau. Protests over its construction have forced a serious architectural and religious compromise.

"It was decreed that if the mosque was to be built, it would have to go without all of its external signs." The project manager concedes, "The architecture is not as important to me as peacful co-existence". Labelled a 'centre for culture' rather than a mosque, its opening ceremony incorporates an odd mix of readings from the Koran and a brass band. At what cost to religious freedom does peaceful co-existence come?
FULL SYNOPSIS
TRANSCRIPT