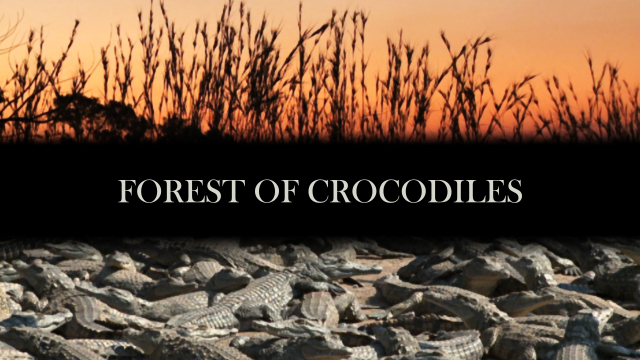 How do white South Africans deal with their fears of crime, violence and black people? Like the crocodiles that carpet the country's riverbanks, some survive without evolving, living with their fears. Others make fear their friend and evolve in ways that you would never imagine.

"This is how we live here... They wait in the bushes and watch us at night but there's nowhere else for us to go..." After the De Beers were robbed and held hostage by 13 armed men, they turned their remote farm house into a gilded cage with double electric fences, panic alarms, satellite tracking and perimeter searchlights. She and her children live in daily fear. "How do you teach a child in South Africa not to be afraid?" asks Johannes, the town's retired pastor,"it has been so emphasised in our history". "Everywhere you look, you'll see people the same as you, with the same interests", purrs a developer as he introduces a new gated community based around a golf course. Many snap up plots, no longer feeling that life on remote farmland is safe. But others remain on their farms, and rely upon a complex and insular support system. "The police aren't bothered to drive all the way out to a farm murder so we pick up the slack", says Jan, who installs security systems by day and patrols isolated farms by night: "every 30 or 40 seconds there is some farm attack or house robbery or rape". Business is booming but he and his wife haven't had a day off in five years and Jan has had two heart attacks in as many months. "We live in separate worlds but in the same town", says Johannes. But there is another side to how people overcome fear in this rural community. Johannes has worked closely with a black congregation for forty years and says that: "they're like my own people - when I'm with them I forget that I'm white". Yet all of Johannes colleagues are too scared to visit him at work. "They don't understand why I should be the only white person there", says Koos, a salesman who sells herbal remedies down at the much-feared town taxi rank. But shopkeeper Chantelle says, "I don't fear white people, I don't fear Indians, Asians, but black people, sounds horrible, really sounds horrible. I could be raped and murdered if I went to that taxi-rank". Fear causes people to become more insular, more insecure and the culture of fear feeds on itself. This is a unique and thought-provoking insight into South Africa today. To understand these people who are being pushed to the limit of their imaginations, is to feel their fears and walk in a forest of unknown things. LEARN MORE.
WATCH MORE.
JOIN THE DISCUSSION. 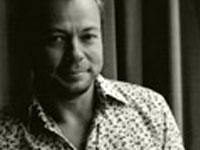 Mark Aitken founded the Short Film Agency in 1993, taught film production at Central St Martins and has worked with numerous schools, colleges and community groups. He has written and directed many short films, commercials and promos including the award winning 'Vegas Shift' and the digital feature, 'Same Same But Different'. The Polkadotsonraindrops produced documentary 'Until when you die' was nominated for a Silver Cub award at the International Documentary Festival Amsterdam in 2006 and is now playing at festivals internationally. Mark is also a published writer of fiction - most recently in the Aesthetica journal of new writing - and a regular contributor to the London based community arts station Resonance FM. 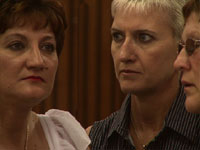 "In January 2008 I visited my mother in South Africa and I found the white rural community she lives in very pessimistic about the future and in particular being ruled by an African government. Then the first national power cuts started  serving as the perfect metaphor for them being plunged into African darkness. I set out to make a film about their fears and how they dealt with them. The crocodile served as a good metaphor  a reptile that stopped evolving but still survives. Along my journey, I discovered many different types of crocodiles and was amazed to find people who had embraced their fears and overcome them  finally offering some hope for future harmony in this troubled country."