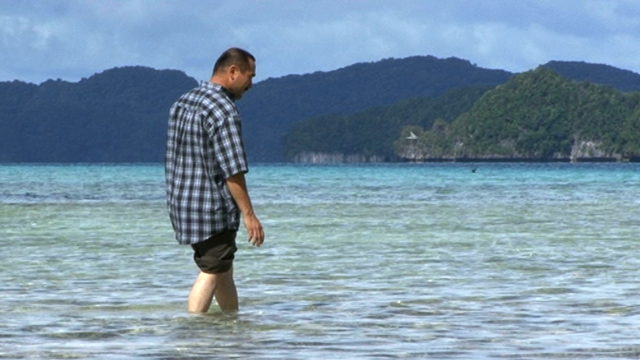 For the six Uighurs temporarily settled in Palau following their release from Guantanamo, it is far from paradise. Trapped there, they wait anxiously for the world's superpowers to determine their fate.

Caught up in the post-9/11 round-up of suspected terrorists, these six men were wrongfully captured by bounty hunters, and sent to Guantanamo. "The life in Guantanamo was one of the darkest chapters in our lives." Officially cleared of terrorism charges, they are still forbidden to make phone calls. On their arrival in Palau, the local paper described them as, 'six bearded Muslim terrorists in shackles.' One of the men, Adel, states simply, "I am not dangerous." China is now demanding their return, in order to face charges of separatism. If Australia continues to refuse the US plea to offer them refuge, they may have a dark fate ahead of them. Their lawyer explains, "The truth is, they are caught between the US and China - and that's not a place you want to be."
FULL SYNOPSIS
TRANSCRIPT