A provocative look at Kashmir's determination to be free 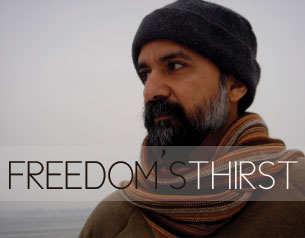 Bodies continue to materialise from the forest, and the psychological scars of the conflict between Kashmir and India run deep. After generations of friction this film pries open what it is that fires the deep anger.

"Kashmir is India's heart. Gulmarg is heaven". It's India's independence day and the tricolour is hoisted up in the heart of Kashmir. But the Indian national anthem plays out to empty streets and sullen silence. Because Kashmir's heavenly meadows were once a bloody battleground. Archive footage gives testament to the razing of whole settlements. And even 17 years after Kashmir's bitter fight for freedom from India, the bodies are still being hauled out of the forest: "Are they all Kashmiris?" says a gravedigger in Kupwara, "We've seen this so often our hearts have turned to stone". "Today we want to tell India, which says this is a terrorist movement - we want Freedom! And with our raised hands, we assure the Mujahideen 'we are with you!'" The words of this massive separatist rally in 1991 have been repeated thousands of times over. Standing on the fault-lines between India and Pakistan, Kashmir was claimed by both. The hope of freedom soon turned to disillusion, then to mass resistance, and eventually - decades of armed conflict. "They shot him in the leg six times. The body lay there. Even the dogs that came by didn't look that way", says one 9 year old girl, now receiving psychiatric treatment after she watched her father die. In 2007 Kashmir began compiling a ledger of loss: recording more than 60 000 dead and 10 000 disappeared. And today, anger is channeled into signature campaigns, despite India's attempts to win the hearts and minds of the people: "If India paves our roads with gold in place of stones, they cannot pay for the blood of our martyrs". In the countryside, the overwhelming presence of the security forces breeds a more subdued obedience: "The needy will get more. Keep watching what the Army does for you", says an Indian Army Major, handing out free radios. But again and again, civilians face the impunity of soldiers' their actions protected by an impervious thicket of laws, which ensure that few are ever held accountable. A wedding party turned into a funeral, when the Indian Army 'mistakenly' killed four guests who were thought to be armed militants. Their offer of cash compensation was refused with rage: "Tyrants and Unbelievers! Leave our Kashmir!" they cried. For Kashmir, 'Azadi', freedom from India, is a battle still to be won. LEARN MORE.
WATCH MORE.
JOIN THE DISCUSSION. "A work of beauty, sensitivity, and monumentality whose impact resounds strongly" - KASHMIRAFFAIRS.ORG "Good documentaries prompt you to take your opinion out of mothballs and give them an airing. This is that sort of film" - THE TELEGRAPH 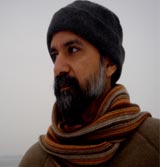 Sanjay Kak is an independent documentary film-maker whose recent work reflects his interests in ecology, alternatives and resistance politics. His films 'Words on Water' (about the struggle against large dams in the Narmada valley in central India), and 'In the forest hangs a bridge' (about the Adi tribe in Arunachal, north-east India, gathering to build a 1000 ft long bridge of cane and bamboo), have been widely screened both in India and abroad. 'Words on Water' (2003) won Best Long Film prize at the International Festival of Environmental Film & Video in Brazil. 'In the forest hangs a bridge' (1999) received the Golden Lotus for Best Documentary Film at the 1999 National Film Awards in India. The film also won the Asian Gaze Award at the Pusan Short Film Festival in Korea. 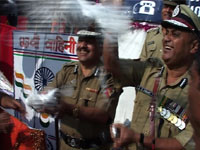 As a consequence of the troubles the film ran into with the Police in Mumbai, all kinds of audiences came to the support of the film. In the months since then there have been more than 140 screeningssmall, medium, whateverof the film in India. Sanjay says, "this is a growing tendency in India, the ability of audiences to take on our antiquated censorship rules by simply screening films".