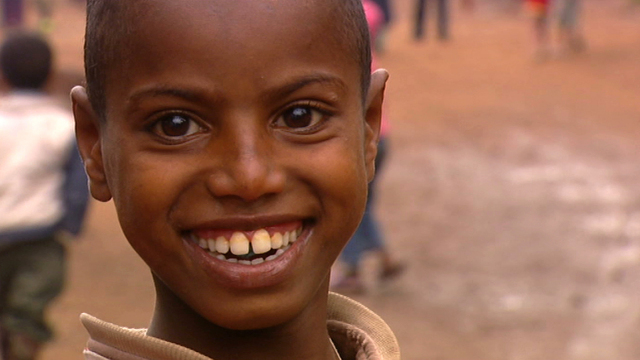 Angelina Jolie may have fuelled a boom in families wanting an Ethiopian child. Yet thanks to opportunistic adoption agents and zero regulations, most African adoptions don't have a Hollywood ending.

"This is Tegene, he's a little abandoned child", says the presenter on Christian World Adoption's DVD catalogue of orphans. On the other side of the world, Lisa Boe fell in love. She adopted Tegene who one day identified his real 'mom' in a photograph. "I would have never brought home a child that had a mom, never", she cries. Children have become Ethiopia's latest export. A lack of regulation and the $100 million annual revenue, has resulted in a completely corrupt adoption industry. 'Harvesting', an illegal process in which children are actively sought from their parents, is commonplace. "The parents don't understand that the children are now legally someone else's", explains a former worker at CWA. Most agencies tell the parents they'll receive regular updates on their children. Yet mothers of children like Tegene, say they have heard nothing for years - "As a mother, not to be able to know my kids' situation hurts me so much". In small-town USA, Lisa Boe gives Tegene, now 'Zane', his daily medications. He's going blind in one eye, has cerebral palsy and a cyst on his brain. The 'Christian' adoption agency gave Tegene a perfect bill of health.
FULL SYNOPSIS
TRANSCRIPT