The Senegalese island that's a magnet for paedophiles 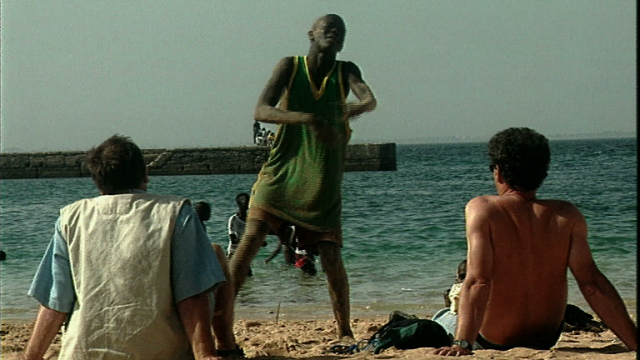 The Senegalese island of Goree is, by all accounts, paradise. The UNESCO World Heritage Site with a dark history of slaving has recently been blighted by a new problem: it has become a haven for paedophilia.

16-year old Aly has been propositioned for sex since he was a young boy. He's been tempted by the offers - in return for sex he could perhaps get passage to the West, live his dream of being a rap star and get a record deal. It sounds easy. But the psychologist who runs a centre for abused street kids knows different. "Those kids feel shame about their bodies. They have a feeling of agressiveness towards adults. It's a threat to society." Senegalese law is not on his side though. On paper paedophiles can be imprisoned for 10 years yet they rarely receive such harsh treatment. Last year a Canadian paodophile admitted guilt to the Senegalese police. He was fined $3000. Locals don't want to talk about the lively influx of sex tourists. They don't want their beautiful heritage-town to get a reputation. Nor do they want to put off tourists of any kind. It's a sad indictment of African poverty that anyone with money can get exactly what they want. A paedophile victim understands how the bribes work. "He said if I told he'd get into trouble and the money transfers back home would be stopped." Some Europeans and a South African have been living in Goree for years. Everyone knows that they are paedophiles. But nobody says anything. Silence means more tourism - but for the children it means a destroyed life. Produced by Marion Mayor Hohdahl
FULL SYNOPSIS
TRANSCRIPT