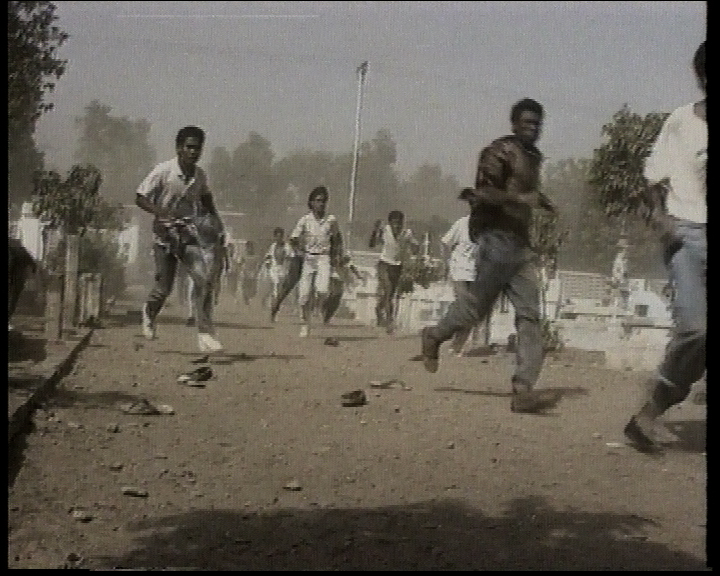 An investigation into Max Stahl's famous Santa Cruz (Dili Massacre) massacre shots (1991). What happened following the massacre? What were the families told? 521 people not seen since the day of the massacre. Max Stahl returned secretly to attempt to discover what happened to them. Evidence emerges that following the massacre Indonesian soldiers summarily killed survivors. They stabbed, they smashed survivors skulls, survivors who were gathered up and taken to a military hospital where they were poisoned. The film goes on to discover what happened to the Timorese resistance FALINTIL organisation following the arrest of Xanana Gusmão. He was one of only 2 journalists to meet the new leader Nino Konis Santana (known as Koni Santana). Stahl was the only international journalist to go on to spend time with the Timorese guerrillas.