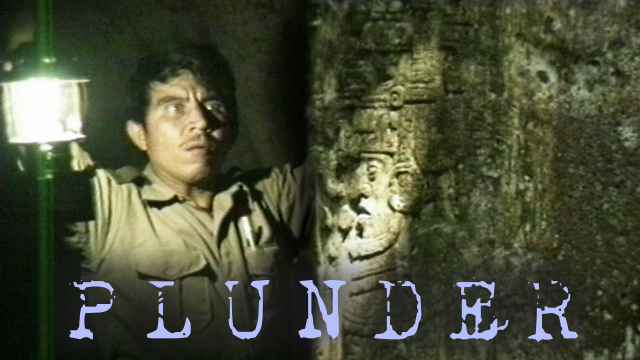 The Mayans were the most civilised people of ancient America. Yet their most famous mystery still remains. As 'treasure hunters' desecrate the ruins of ancient Mayan sites, the race is on to find out why the Mayans deserted their cities thousands of years ago.

In the jungles of northern Guatemala a war is raging. On one side are the archaeologists and governments who aim to preserve the history of ancient temples, and on the other side are the grave robbers and art dealers, who profit from its destruction. Some looters find an ancient Mayan temple, unknown and unmapped. And as they break it apart brick-by-brick, the history of the people who once lived there is lost forever. Though profitable, looting is a dangerous job and skulls tied to tree trunks in this area act as a warning. For archaeologists, the blame lies with the dealers and art collectors. In New York auction houses, Mayan history can fetch a million dollars and looters can get a year's wages from a single vase. As one man explains, "Serious collecting is a disease. But the collector's love is greater than the archaeologist's, who only care for history not for the object". The dealers insist that they are rescuing the works of art. "If Peru cannot take care of its national treasures, the rest of the world will". As this battle between art collectors and historians persists, the jungle and its secrets continue to disappear before our very eyes.
FULL SYNOPSIS
SHOTLIST