Rescued but not Saved 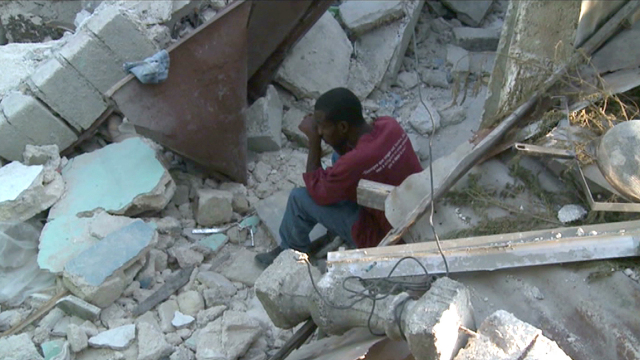 Every so often there is a glimmer of hope in Haiti, as amongst the bodies an unexpected survivor is pulled from the rubble. But what happens after the happy ending? Does rescued necessarily mean saved?

Thirty three year old Paula and her two-year-old daughter Juliana were rescued after being trapped for four days. Both Paula and the Dutch rescue team are overwhelmed at this extraordinary result; "God sent the Dutch to save me". "This is a true miracle, isn't it? Truly amazing! This is why we work so hard." Yet after the hiatus comes the grim reality of spending nearly a week under the rubble. Paula has blood poisoning and must have both legs amputated. Juliana hasn't spoken since the disaster, and is in constant pain. Doctors at the Russian emergency hospital aren't hopeful. Paula doesn't survive her injuries. Whatever the ending to Juliana's story - it won't be a fairytale.
FULL SYNOPSIS
TRANSCRIPT