The Hunt For Red Mercury 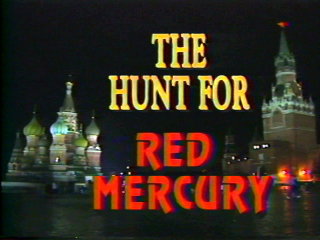 In a country in shambles, red mercury is in hot demand. But when no one wants to talk about it for fear of what might happen, how easy is the hunt to find it? "When the iron curtain came crashing down the world said it would sleep better, but should we feel so secure, should we feel so content?" In the Soviet Union, everything is for sale. From guns and hand grenades, to tanks and aircraft; the military bases have become supermarkets since the fall of the KGB. "In the west they launder drug money, here they launder communist money," explains a police commander. Soldiers who can no longer afford to house and feed their families have turned to trading stolen goods in order to carve out a decent living. For one space scientist, "just one bottle of black market perfume is worth more than his monthly salary designing some of the most advanced fighter aircraft in the world." But there is one product even more profitable than Russia's weaponry and it's one that many Russian's are afraid to talk about. It is the elusive red mercury, which many suspect is controlled by the KGB. Not surprisingly, the hunt to find it is a dangerous one. As the filmmakers meet KGB contacts, and arrange meetings with middlemen, the scale of the operation is uncovered. From an auction selling nuclear material to the military plants that could be the source of red mercury. Everyone is afraid to talk; no one wants to be on the wrong side of the KGB. As we travel deeper into this undercover world the filmmakers are faced with greater danger. Their hidden camera is always rolling, even when KGB members come alarmingly close to discovering it. When the supposed 'red mercury' they purchase is revealed to be powdered paint, and the men doing business with them begin to doubt their cover story, the trail looks like it might go dead. But eventually they find the man they're looking for. However this is a serious business. And these men don't mess around.