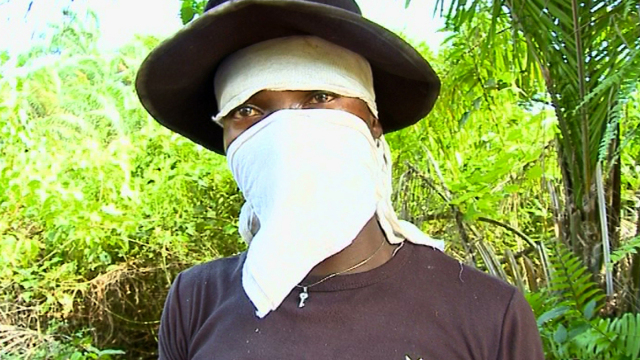 It seemed peace was to come to the Niger Delta but the fighting and oil sabotage has resumed. A powerful report filmed before the amnesty but with many participants sceptical the world remains as pertinent as ever.

A fisherman pulls an empty net from waters that have sustained his family for generations, "Because of oil spillage we can't get fish to sustain ourselves, let alone to sell". Despite the huge oil industry 90% of locals are unemployed. Frustration led many to fight, decimating Nigeria's oil output. Now policy is being scrutinised - senior officials question the lack of development in the Niger Delta; "The way the oil companies have acted thus far is a little irresponsible". An amnesty was offered to militants willing to disarm. Some accepted but many were sceptical; "Amnesty will not disarm the Niger Delta. It will only quell it".
FULL SYNOPSIS
TRANSCRIPT