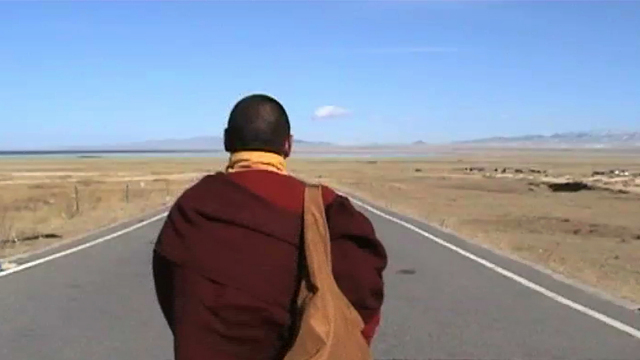 "The truth is Tibetans are not free to speak of their suffering". In a small Tibetan tea room people sob as they watch George Bush meeting the Dalai Lama on the television. It's powerful and evocative.

Leaving Fear Behind was filmed by Tibetans inside Tibet who felt frustrated by all the hype around the Olympics and wanted to bring a Tibetan voice to the celebrations. At first the film went largely unnoticed by the world but it's unique and desperate cry has made it hard to ignore. In it Tibetans tell the world of their plight and grievances against Chinese rule. The filmmakers travelled thousands of miles, asking ordinary Tibetans what they really feel about the Dalai Lama and China. The answers are frank and powerful. The footage was smuggled out of Tibet under extraordinary circumstances. The filmmakers were detained soon after sending their tapes out, and remain in detention today.
FULL SYNOPSIS
TRANSCRIPT