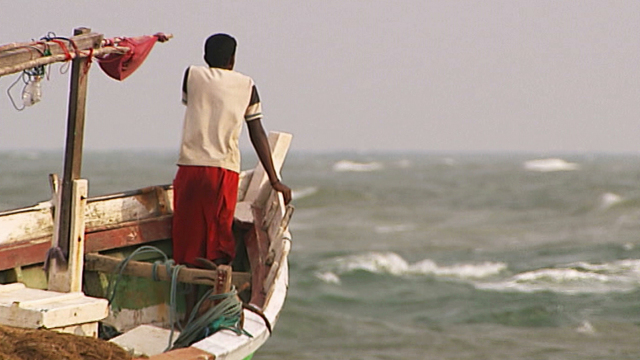 If they stay they face intimidation and violence. If they go they run the gauntlet of naval controls and treacherous seas. Yet the Tamils of Sri Lanka are taking the high water over the hell at home.

"If there is an opportunity to leave Sri Lanka - I will not hesitate, even if it poses a risk to my life". The Tamil Tigers - both a liberation army and a terrorist group fighting for a separate homeland in Sri Lanka - was all but wiped out by the Sri Lankan army last year in a bloodbath that shocked the world. Former UN spokesman, Gordon Weiss, believes that Tamil civilians were also targeted: "about 300,000 civilians, plus the Tamil Tiger forces, were trapped in an area about the size of Central Park". According to Weiss, the Sri Lankan authorities deliberately underestimated the number of trapped civilians, "as a ploy to allow the government to get on with its business." Tamil Civilians who survived the offensive have been relegated to camps and accused of spurious crimes. They're now risking everything to find asylum. "Asylum seekers are drug dealers and traffickers", dismisses President Rajapaksa, "now that the Tigers have been destroyed, national unity will prevail". Yet the thousands of Tamil civilians prepared to flee their families and risk their life savings on a dangerous journey, tell a different story.
FULL SYNOPSIS
TRANSCRIPT