A dramatic insight into the criminal underworld of the Crips 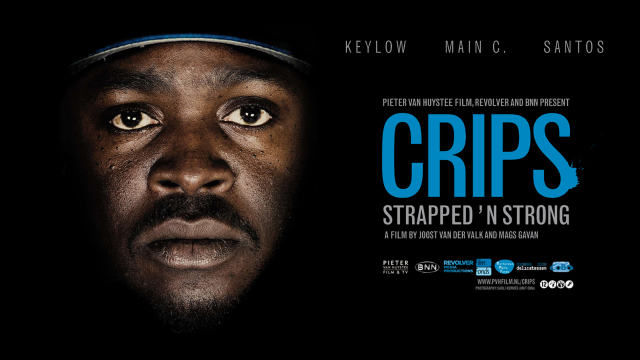 In this jaw-dropping film we meet the Dutch branch of the Crips gang. 'Main C' - fresh out of jail and fighting to get out of the gang to be a father. 'Santos' - lying low and hoping to "become somebody"; and leader 'Keylow', who holds the key to all their fates. Pulsating with a hip-hop soundtrack, this is a breathtaking mile-a-minute insight into the workings of the criminal mind. Each blistering second flirts between life, death, love and hate.

Gang leader Keylow shows us a room with a floor streaked with blood:"a deal that went wrong I expect", he shrugs, warning, "You must make sure you're the winner in a rip deal". Blood-soaked crime scenes are a regular part of the gang's life, where the stakes are high, loyalty is expected at any cost and recrimination is ruthless. "It costs a lot to eliminate someone", says Santos, slamming a cleaver into a chicken leg. "You need to know a farmer. If you don't feed a pig for a week it'll eat anything, even the bones." "CRIPS means community revolution in progress", explains Keylow. It's a revolution born on the mean streets of the LA melting pot and it is now taking over in The Hague, where Surinamese immigrants feel sidelined by the white community. They bear the tattooed markings of their 'set', carry pistols in their low-slung jeans and make their money through drugs and other shady deals. Yet despite the sense of brotherhood, Santos and Main C are determined to get out. Hiding from the Chinese and Turkish mafia and running the most dangerous drug runs, Santos dreams of returning to Suriname for a more peaceful life. "This is a special home for people who have been in prison", Main C explains to his 4 kids. "I came here so I can be a real daddy for you." Watching them play, he recalls how things spiralled out of control and he ended up killing a man. Torn between his conflicting loyalties, Main C admits,"I must make the decision to distance myself from my brothers". Will they manage to escape their violent world of crime, or is the gang's mantra "CRIPS for life" too hard to leave behind? LEARN MORE.
WATCH MORE.
JOIN THE DISCUSSION. 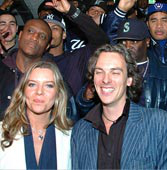 When Mags Gavan joined forces with Joost van der Valk, they dedicated their careers to making hard-hitting films that provoke change and engage discussion. Producing their own films under RedRebel Films they began making cutting edge current affairs documentaries such as 'Kashmir' (about the independence struggle in Indian Kashmir) and 'Piracy' (about Pirates in the Malacca Straits). In late 2007 they discovered children were being murdered and tortured in the Niger Delta because of witchcraft accusations, a realisation which was to become 'Saving Africas Witch Children' ( A Dispatches Special for Channel 4, 2008). The film won the British Academy Award (BAFTA), the Amnesty Media Award, and an international Emmy Award. 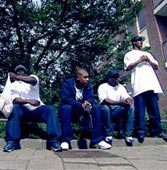 "I came into contact with the author of the book 'Crips.nl', Saul van Stapele. He introduced me to the CRIPS, but the film is not based on the book. The book tells the stories of the past. I read it and wanted to develop something about the character of Main C. He shot a man at point-blank range with a shotgun. I decided to build the film around his character."