His photographs defined a revolution 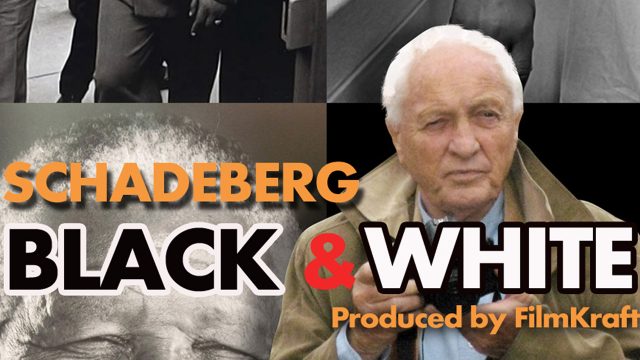 The photographer Jurgen Schadeberg captured a revolution. His images defined the first Black Magazine: 'Drum', and his life became the subject for a Hollywood Film. As we follow the artist back to South Africa, his story casts a vivid light on the role role of the artist, as well as South Africa's troubled past and uneasy climate today.

"In photography it's all in the moments", says Schadeberg, fondly looking at his photographs, "the strength of it is that you can go back, you can go back into the past and see what's changed." It's these words that drive Schadeberg back to South Africa, to the place where he captured young black men playing cards in Sophiatown at the height of its cool, and Nelson Mandela as the confident leader of the ANC, unknowing of the 27 years of prison which lay in store for him, and where he dared to photograph a black girl in a bikini. "The police were ready to shoot me for touching a black girl!", Schadeberg laughs, remembering the famous cover shoot with Miriam Makeba. When he first came to work for 'Drum', there were no black photographers. And it was up to Schadeberg to take every photograph. "They didn't like it, the whites", he says. But Schadeberg always had a rebellious spirit. He left starving post-war Germany at just 19 years old, and threw himself into the legally divided society of South Africa in the 1950's. "The black society, was much more interesting", he says in his blunt manner, "it looked more towards the future, developed itself and was dynamic." It's for this reason that Schadeberg began mentoring black photographers. Returning to the oldest slum in Soweto, 15 years after its liberation from a racist regime, he finds one of his old students still taking photographs for one of South Africa's biggest newspapers. Yet the slums of Soweto are still a mass of corrugated iron houses and rubble. "Nothing has changed", says Stewart, a man Schadeberg photographed 15 years ago; he still has the same stains on his wall due to 'the leak', but he looks house-proud. He's using Schadeberg's photographs to save the homeless living in high rises and squatter camps around Johannesburg, from eviction. "In 1994, when Nelson Mandela came, we all believed in the rainbow nation. But apartheid is back. It's starting all over again. We were perhaps naive", says Schadeberg, realising that his work in documenting this country is far from over. This visually rich documentary brings you closer to the experience of apartheid and its legacy than ever before. LEARN MORE.
WATCH MORE.
JOIN THE DISCUSSION.
FULL SYNOPSIS 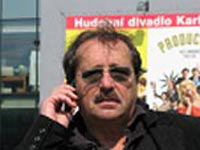 The company Filmkraft Filmproduktion was founded by Peter Heller in Munich in 1974. Since the mid-seventies the company has created over 60 long documentary films spanning all genres. 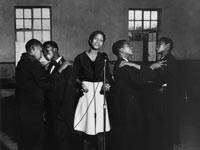 Jurgen Schadeberg was born in Berlin in 1931 and, while still in his teens, worked as an apprentice photographer for a German Press Agency in Hamburg. In 1950 he emigrated to South Africa and became Chief Photographer, Picture Editor and Art Director at Drum Magazine. It was during this time that Jurgen photographed pivotal moments in the lives of South Africans in the fifties. These photographs represent the life and struggle of South Africans during Apartheid and include important figures in South Africas history such as Nelson Mandela. Sometimes known as The Father of South African Photography, he is a principle figure in South African and World Photography. His major body of work, which spans 60 years and incorporates a collection of some 100,000 negatives, captures a wealth of timeless and iconic images.