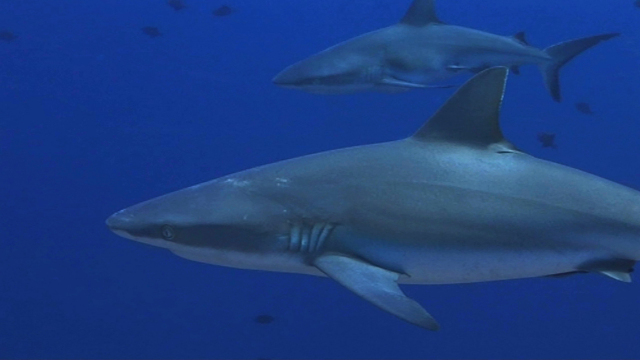 The tiny pacific nation of Palau has declared itself the world's first national shark sanctuary. A large proportion of the 100 million sharks killed each year, are hunted in its territorial waters.

This carnage is being fuelled by Asia's rapidly growing appetite for shark fin soup. The sharks are captured, have their fins hacked off and are then thrown overboard to die. "If you are a guest of honour they give you a bowl of shark fin soup", says Johnson Toribiong, Palau's president, "sometimes they catch sharks illegally, sometimes they catch tuna illegally". This tiny island has warned the world it will protect its natural resources, but with only one patrol boat, can the shark sanctuary ever be enforced? Shark activist Dermott Keane believes they can't do it alone; "Palau needs assistance in enforcing this sanctuary".
FULL SYNOPSIS
TRANSCRIPT