Opening a dramatic window on power play in Zimbabwe 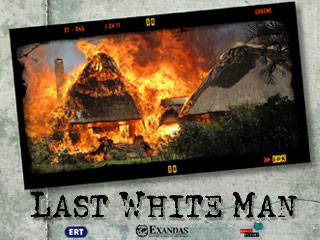 Zimbabwe began as a liberation from colonialism. 30 years on, white farmers are being violently driven from their land. Is this a way to reverse the injustices of the past? Or a political game ensuring that a controversial leader remains in power?

Ben Freeth reads a fairy tale to his children in front of a lit fireplace, his farm outside slumbering in the stillness of the night. Yet behind this peaceful family moment, fear is lurking. Ben is one of the few white farmers left in the area, and it's just a matter of time, before the gangs of unemployed black men come to lay claim to his 3000 acres as well. "They might come tonight", he says, listening intently to every noise that comes from the darkness outside, "No one can tell what may happen to us". When Zimbabwe was still known as Rhodesia, in 1890, the white people occupied the biggest and best land. "We must treat the natives as we would treat a child and deny them any rights or privileges", declared diamond tycoon Cecil John Rhodes. It took a century to break the chains of colonialism and when they finally broke in 1980, Robert Mugabe was hailed as the glorious new leader. But in 2000, Mugabe embarked upon a program of land redistribution. And he encouraged violent rather than diplomatic, or even lawful means. "They had been tied up and they were bleeding, their condition was horrendous", remembers Ben Freeth. When Ben got to the farm of his father-in-law, he was beaten himself and could only watch whilst belongings were marched out of the house. "We were accused of being white farmers and were told that we have no place in Zimbabwe because our skin isn't black". "The people here could take over any land they wanted, and this was called revolution by the government", points out Lovemore Maduku, of the opposition parliament party MDC. Yet land redistribution proves injurious to blacks and whites alike. "You seize the land from a few white men, and hand it over to a few powerful black men". Because these men had no idea how to farm, this is the final blow for Zimbabwe's economy. Today, all opposing voices are violently suppressed. But how long will it be before the poor blacks realise the political game they've been pulled into? A dramatic and eye-opening window on Zimbabwe. LEARN MORE.
WATCH MORE.
JOIN THE DISCUSSION. 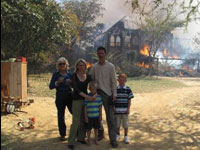 Exandas (meaning sextant) was created in 2000 by Yorgos Avgeropoulos. Since then, he and his coworkers have travelled around the globe presenting social, political, anthropological and economic issues which concern all active citizens of our complex, globalized world. From Tokyo to Argentina, from Afghanistan to Colombia, from South Africa to Iraq and from Chechnya to Haiti, understanding the other, the foreign and remote is for Exandas they key to comprehending our own, the nearby and ephemeral. 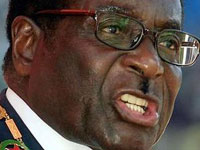 "I do not feel any hatred, bitterness or anger. I've released all these unnatural things. Naturally, all these young people, it is natural for them to do what they do. But they too live in fear, they are sent to training camps, where they are brainwashed. They know their parents won't be proud of what they do" - BEN FREETH