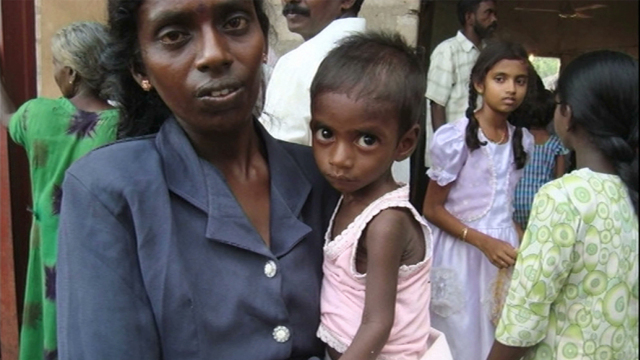 It has been nearly one year since the Sri Lankan government defeated the Tamil Tigers, ending a twenty-seven year civil war. Allegations of war crimes on both sides still divide this country haunted by war.

"The war is over and that leaves of lot questions unanswered," the former UN Sri Lanka spokesperson stressed. We explore the accusations tearing apart Sri Lanka. The war crimes charges levied against the Sri Lankan government including bombing safe zones and hospitals "suggest a determination to simply wipe out as many people as possible" commented a UN Special Rapporteur. Witnesses allege that the rebels are also guilty of war crimes; kidnapping and forcing children to fight. We meet the victims of this bitter war and hear their stories as two senior UN officials call for an investigation. "We can't just draw a line under this", a prominent political analyst emphasised. "Serious, hard questions of how we could do these things to each other" must be investigated.
FULL SYNOPSIS
TRANSCRIPT