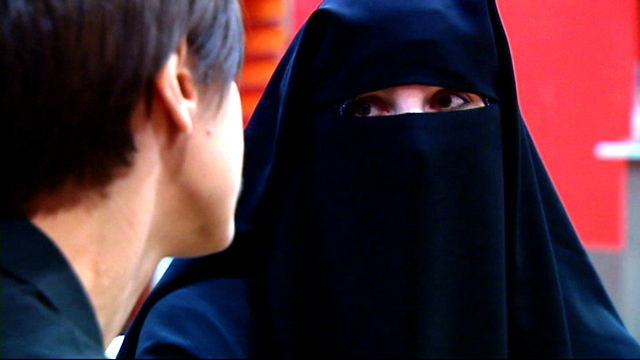 Whoever is responsible for the killings of soldiers and now Jewish children, Sarkozy's right wing government certainly alienated many in its Muslim community. We look back at the divisive Burqa ban.


"We cannot accept in our country that women are prisoners behind a screen, cut off from all social life, deprived of all identity." Sarkosy's impassioned words played into the feelings of women like Axelle, whose scantily-clad dancing at the world-famous 'Moulin Rouge', seems to emblazon the liberalism of French society: "if you don't understand that you are in a country with a little freedom and liberty, just go." And tempers are rising in Mosques all over the country: "you are allowed to dress how you want, but I don't have that right. Is this freedom?" 6 million Muslims live in France, yet only a few thousand wear the burqa. Some believe the ban is a response to Sarkozy losing serious ground to the far right national front in the last regional elections. But this Sarkosy supporter is adamant that the veil represents an affront to French values: "in fact the law will liberate these women from living in a ghetto." He's got the backing of an Imam of a mosque in Paris who says that the ban would "give a positive image of Islam", one to replace those haunting photos of veiled women brandishing the explosives that would devastate Moscow.
FULL SYNOPSIS
TRANSCRIPT