Could 'hanging up' save our health? 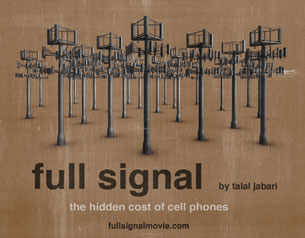 As our obsession with mobile technology has taken hold, cellular antennae have sprouted up like forests. And a rising, scientifically-backed concern about the health risks can no longer be ignored. Speaking with leading scientists, activists, and the businessmen who hold the decision in their hands, 'Full Signal' captures a battle to take on the mobile phone companies. This crafted documentary cracks open the debate surrounding the global health risk they pose.

"When I'm near a mobile phone, the burning goes through my entire body", "I have had cancer twice." Voices of anger emanate from a hyper-communicative concrete jungle. A city that rings with a million mobile phone calls, and which pulses with the invisible radioactive signals, which could be making you seriously ill. Whilst the industry will always be quick to dismiss the costs of the multi-billion dollar Telecom machine, leading scientists say more studies must be done: "This is the world's largest biological experiment ever". How can we explain the shocking rise in brain tumours, Lou Gehrig's disease, and Parkinsons, since the onset of GSM technology in 1997? Medical writer, Blake Levitt refers to thirteen studies which have shown that low level radiation exposure leads to "breaks in your DNA". Yet Doctor Slevin suggests just why findings are still inconclusive: "You should know who wrote the health standards - that is the Motorolas, and Nokias of the world". For those suffering from electro-hypersensitivity, the problem is patently clear. Like many, Mrs Grandlund-lind was left with no option but to shut herself away in a house in the middle of the woods; she loses the ability to speak if in the presence of a mobile phone for a few hours. Predictably, she was told she was mad. Yet Blake Levitt is adamant that "these people are our canaries in the coalmine at the moment. We have to listen to them". Those who aren't hyper-electro sensitive may be ever more at risk, happily living in an increasingly wireless society. When antennas went up on a neighbour's house, Evie's first thought was "I get a full signal, great!". Yet soon reports of "dizziness, inability to concentrate, disruption of menstrual cycles", came. In a village in Northern Israel, the effects were more severe. There was an unprecedented wave of cancer deaths, all in houses with giant antennae on top. Sue and her husband think that with the levels of radiation in their apartment, they may have a precedent-setting case to bring to court. But the question is always "where's the proof? Do you have to die of cancer first?" This documentary opens our eyes to a looming catastrophe for human health worldwide. LEARN MORE.
WATCH MORE.
JOIN THE DISCUSSION. 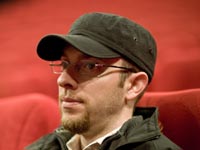 Talal Jabari is a Palestinian journalist who started his career covering the Second Intifada for such prominent news sources as the BBC World Service, CBS News and the CBS news magazine 60 minutes. He made the jump to long-format as line producer of a 5-documentary award-winning series entitled The Shape of the Future. Since then, he has produced 4 episodes for Al Jazeera Documentarys series: "Israel from Within". Talal continues to specialize in factual programming traveling to Nigeria, Guatemala and Serbia among other places, to work on various documentaries and doco-reality TV shows. 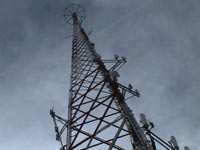 "Our neighbor has had a cell antenna on his roof for a while, and I really never thought about it other than knowing it provided me with full signal on my phone. I had heard rumors of potential risks, but thought nothing of it, until my wife and I had a baby, and I decided to do some research and discovered that there was a lot more to this than mere rumors. There were a lot of people that didnt know about these dangers -- including myself at the time -- and that is what really motivated me to make Full Signal."