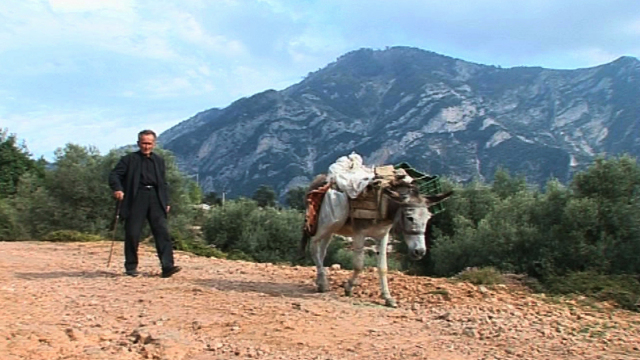 Blood feuds are still prolific in Albania where an eye for an eye is standard. The strangest practise was if the men of a family are killed and a surviving female becomes the family man.

In a remote corner of Albania, a 90-year-old woman talks about the violent deaths that led to her living as a "sworn virgin". After her father was murdered, Qamile was forced to live as a man from the age of 12. "An eye for an eye. Two of theirs, two of ours", she says about those who died in this feud. Another family have been trapped in their home fearing revenge attacks after their father shot a neighbour. He lives in constant fear that his sons will be targeted next. Not even children are safe. Agim Loci, a mediator for the Committee of Reconciliation, is determined to break the cycle of violence ravaging Albania: "We have a mission, a humane and noble one, to step in and reconcile".
FULL SYNOPSIS
TRANSCRIPT