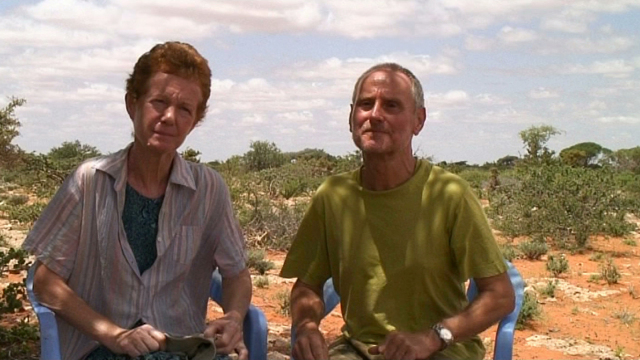 Seven months after their captivity by Somali pirates, a UK journalist travels to interview the Chandlers. In this exclusive report, they bravely castigate the pirates holding them, and beg the world for help.

"This is not piracy, it's absolutely not piracy. It's kidnap and even torture", says Paul Chandler, in a final desperate plea for the British government to ease its 'no-ransom' policy. "We are like animals to them", says a very frail Rachel Chandler, "they keep us like caged animals, they only care about the money". Seeming more despeate than ever, the couple say that the change of government has only raised the pirates' expectations: in the very least, they hope that the UK government will make a statement.
FULL SYNOPSIS
TRANSCRIPT