Taliban - Behind the Masks

The human face of public enemy number one. 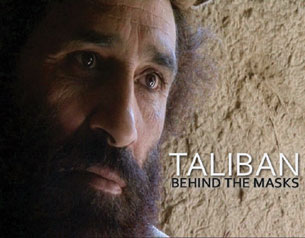 BROADCASTS INCLUDE: SBS Australia, CNN, ZDF, ITN UK, Planete, NCRV, TSR, YLE, RTP, SFDRS
Though they would eventually kidnap him, the Taliban granted journalist Paul Refsdal unprecedented access. This exclusive documentary shows us a side of the Taliban we have never seen before.

Today, the Taliban seem to survive mainly on conviction: "We belong to God and fear no-one". From their mountain hideout, they ambush the daily American convoys, descending into joyous shouts of "Allah Akhbar", when a truck is hit. But a hit on target is rare. And the Americans' response is swift and deadly: a US gunship kills Commander Dawran's second-in command, and Refsdal is told to flee and to return in a month. Dawran escapes unharmed, but his two children are killed. At first, the men are suspicious of the 'tall white man' amongst them. "He is really scared of us", one mutters in hushed tones, holding his kalishnikov close, "we are really scared of him". The tension is high as wary eyes dart constantly towards the camera and the crackle of gunfire echoes across the mountain stronghold. Yet gradually the men start to relax, they remove their masks: "He is filming us to show that 'these are the bad guys'", they joke. The men kill time in a game that involves throwing giant stones as far as possible. But the mood soon changes after a direct NATO attack: "I will not back down, God give victory to the holy warriors!" The group sit solemnly in a circle as their commander, Dawran, leads prayers and steels them for battle: "If we have a weapon on each side, and both of them fire at once, their infantry will not be able to do anything". One young fighter, the wildcard of the group, still finds humour in the situation, singing down his walkie-talkie. "Even in battle he is acting like this", his comrades laugh. These young charges see Dawran as a wise elder - a Gandhi with a kalashnikov. Yet the Americans have a bounty of $400 000 on his head. Once an important landowner, Dawran now lives in a stone hut. He affectionately plays with his giggling children, whilst advertising his blood toll: "this [weapon] killed thirty Americans". But behind the boasts, this is a taliban with far less weaponry and resources than those who repelled the Russians in the 80s. For the doe-eyed gunmen in this report, the slaughter of Dawran's children merely adds fuel to their conviction. When Refsdal returns to the camp he is held hostage for six days. LEARN MORE.
WATCH MORE.
JOIN THE DISCUSSION.
FULL SYNOPSIS 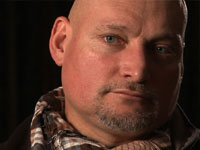 Paul Refsdal has been covering wars since 1984 and has
specialized in filming insurgency movements in Europa,
Asia, and Latin America. 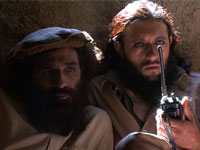 Last October cameraman Paul Refsdal traveled to Afghanistan to make a documentary about the people fighting for the Taliban. After the initial mutual suspicion, the fighters gradually accepted the presence of a foreigner with a camera and stopped wearing masks. Refsdal got to know the impressive commander Dawran Safi, and the squad-leader Omar. Because of US military operations, Refsdal had to leave the Taliban temporarily. Returning one month later he was taken hostage by the squad-leader.