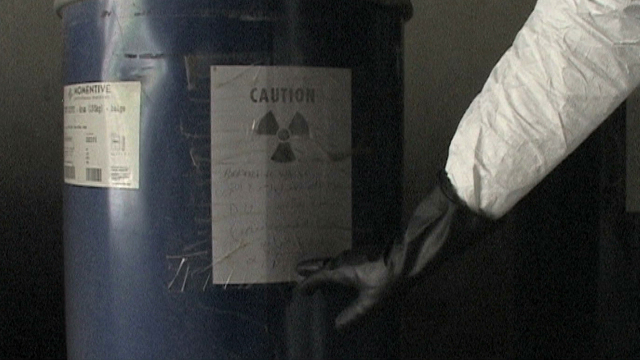 Seven years after the invasion of Baghdad, the Iraqi people are experiencing a devastating legacy. Babies are being born with severe deformities and cancer at a rate, which makes the effects of Hiroshima look tame.

"Here look at her. So many things are wrong with her. It's all because of the fighting", says one stricken grandmother. The baby she clutches in a little pink towel has a cleft lip, a deformed arm, six fingers on one hand, and a kidney that bulges through her abdomen. Yet the doctors in this children's hospital in Baghdad are unfazed. "We see multiple cases like this", they say. Like all of the parents whose babies lie under the gravestones in the 'Childrens Graveyard', the doctors suspect that the cause may be the depleted uranium weapons used by US forces during the war. However they don't have the resources to provide much-needed data on what they describe as an "alarming increase". The Ministry of Health may refuse to comment on the problem due to suspected "pressure from the American Forces". Yet walking through the pock-marked centre of Baghdad wearing radioactive suits, workers from the Environment Ministry let the readings speak for themselves. Their clean-up may be ongoing, but whilst the Ministry of Health keep their silence, parents living in the areas around Baghdad say they are "too scared" to have more children.
FULL SYNOPSIS
TRANSCRIPT