Pressure mounts on the IMF in face of global economic crisis 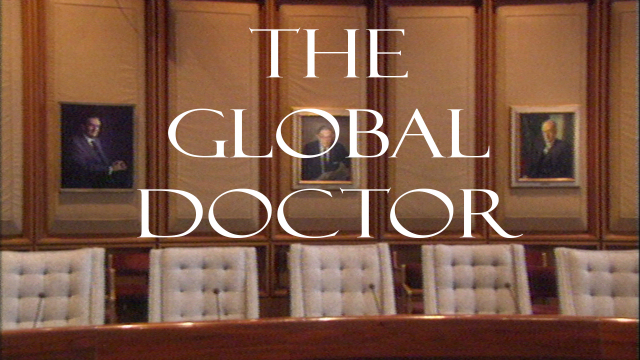 The IMF was established at the end of the Second World War to oversee exchange rates and help countries work through cash flow crises. But, now, is it doing more harm than good?

The IMF was created at the end of WWII to oversee exchange rates and to offer countries loans through tough cash flow crises. Today the IMF has adopted a far more significant role and has become the financial policeman of the world, bullying and begging countries to institute harsh economic policies in order that they might repay their debts, mostly to the IMF. And as America continues to bask in huge wealth and affluence the rest of the world teeters on the brink of economic collapse. The supremacy of the US over the global economy is thanks in large measure to their dominance of the IMF. They've used this influence to exert pressure on international markets to reform. But there are many who accuse the IMF of acting less like an honest broker and more like the corrupt businessmen who initially caused the disasters. During the boom years the IMF looked the other way as corruption flourished around the world. Now the allegation is that multi-billion dollar IMF bail-outs are helping the same businesses which prospered under crony capitalism. As first the Asian then the Russian markets collapsed the IMF has desperately thrown more than 100 billion dollars into supporting sliding currencies which have regardless continued downward. Professor Jeffrey Sachs has been dubbed the most important economist in the world. He has had many years experience within and outside the IMF. He believes the IMF misdiagnosed the nature of this crisis and its relationship to the crony capitalists at the heart of the system. "I think the biggest single error was misdiagnosis and therefore mistreatment of the disease." Anoop Singh was one of 2 IMF officials who headed the team responsible for IMF policy in Indonesia. He admits they were not really in control of the situation. "We were winging it. It's hard to develop a program when you're in the middle of a crisis." Now it's being said that the IMF simply panicked and that their high profile actions actually helped to fan the flames of financial disaster. Where once the arrival of the IMF would encourage investor confidence to return, now their arrival seems to only add to the panic. The IMF is a vast organisation employing over 1000 technocrats earning on average $95 000 tax free each year. They're secretive and ultimately most interested in maintaining their own profitability and existence. The dominance of the US in the fund is openly being questioned but the IMF also needs American support. Without them the IMF could not continue lending on the scale it has been and with American right wing sentiments strongly opposed to aiding corrupt foreign regimes, that's becoming a tougher job each year. Not since World War 2 has the global economic machine been under such pressure. Now the question is whether the IMF is the right body to monitor and control the world's economy into the future. Produced by ABC Australia
FULL SYNOPSIS
TRANSCRIPT