Che Guevara: Guerilla to the End

A unique profile of one of the Twentieth Century's most iconic figures. 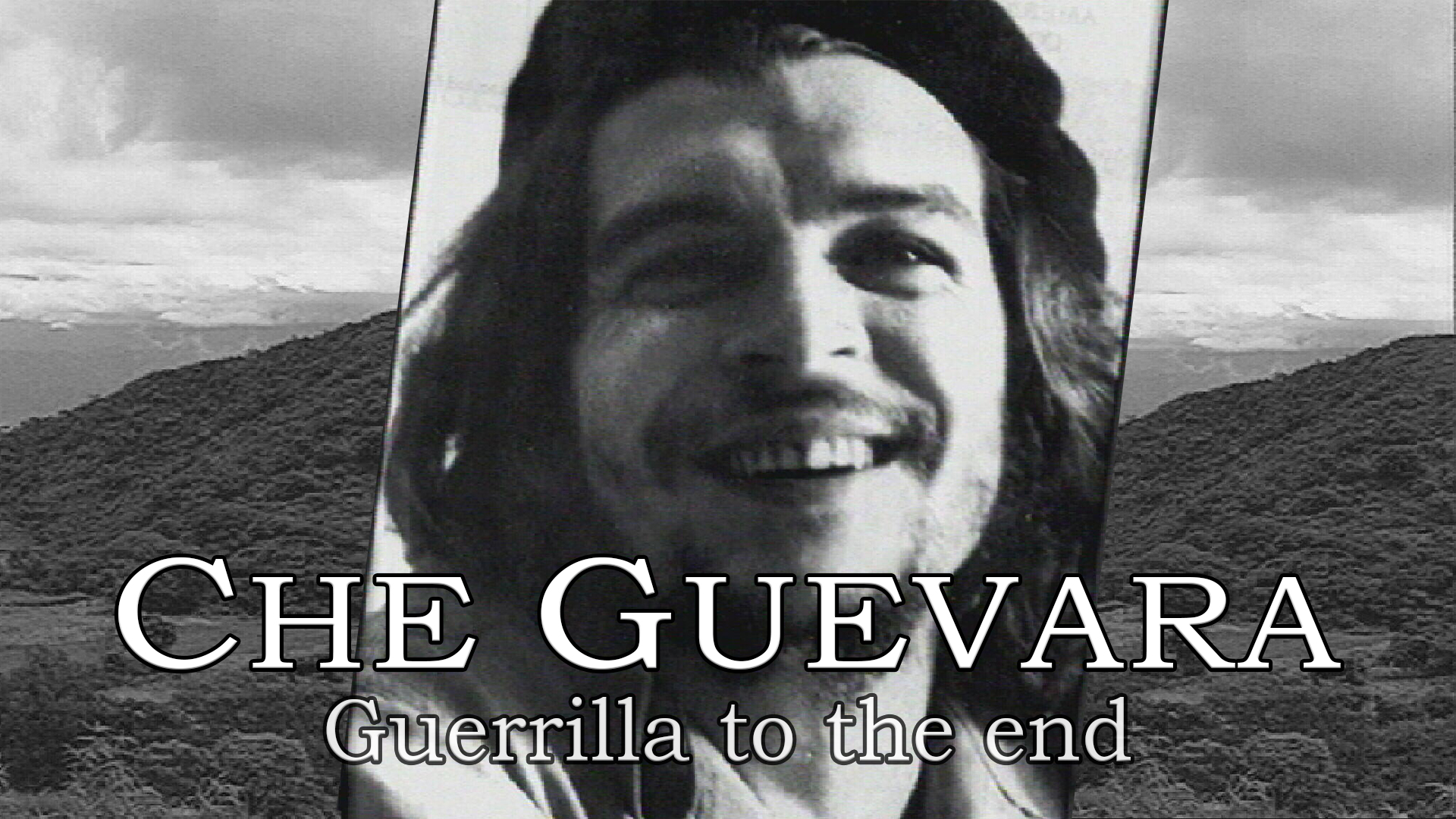 Legendary revolutionary Che Guevara inspired a continent, and much of the rest of the world too .With compelling archive and moving memories of those dear to him we discover a leitmotif of the 60s who died young fighting for his beliefs.

Che Guevara originally set out to become a doctor, but for an idealist weaned on political debate, fixing people was not enough. Bolting from medical school, he set out to discover Latin America. For Guevara, Latin America represented the worst excesses of capitalist exploitation. It was nothing but a continent locked in poverty under the thumb of the US, her corporations, and the CIA. So, high on idealism and Engels, he hooked up with Fidel Castro and began to plot the overthrow of Batista. A whirlwind of machismo, medical know-how and political theory, he made a strong impression on his new Cuban friends. They dubbed him 'Che', meaning buddy, and the revolutionary fighter was born. In the depths of darkness, just 82 rebels landed in a swamp in Cuba. By the end of their first battle there were only 12 of them left. Yet these inspirational revolutionaries soon won over rural Cubans. The tension of those first months is vividly recreated in long forgotten snippets from rebel radio and with sharp archive footage. Finally, against all odds, the underdogs triumphed on New Years Day 1959. A month later Che Guevara was proclaimed a Cuban citizen by birth. Che enthusiastically lived the life of a model communist, tirelessly engaging in communal labour. As he said: "Voluntary work is the genuine communist attitude to work where the fundamental means of production are social property." But life as Cuban Minister of Industry soon bored him - he had proved himself as a revolutionary fighter and that was what he would carry on being. All this was to the detriment of family life. Married twice but never stopping home for long, his own children struggle to remember him. Exporting his revolutionary spirit and now with almost narcissistic self-belief, Che took on the world. In disguise he left Cuba to support the Congo revolutionaries. It was the beginning of the end. In his diary he wrote, "I believe more than ever in the guerrilla war but we have failed." Disheartened but still determined, he went to Bolivia. Again in disguise, again to foment revolution. But with the help of the CIA the Bolivian military quashed the communist insurgency. Vividly the struggles of the movement are recaptured through interviews with local villagers and Che's comrades. But Che could not escape this time. Almost unrecognisable with heavy beard and encrusted in dirt, Che was captured and finally executed. Gary Prado, the most lucid of his captors, admits that although he hated what the man stood for he could not fail to admire him. After all this was someone who beyond all expectation fought for their beliefs and ultimately died for them. He had come to embody the spirit of the 60s. This gripping documentary captures the life and times of a man who would become one of the century's most popular icons. Produced by SIC TV
FULL SYNOPSIS
TRANSCRIPT