An intimate look at one of the most visionary architects of our time. 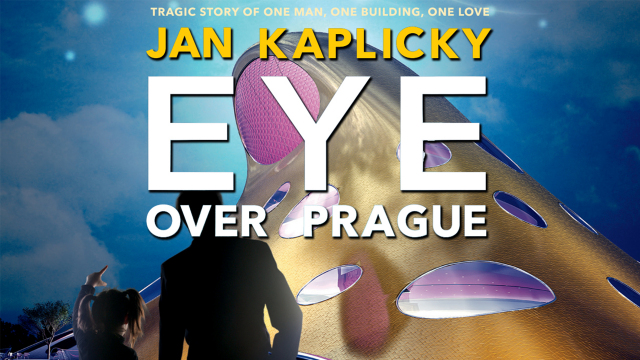 Kaplicky's multi-coloured proposal for a new National Library looked like something from a kids' TV show. "I find Mr Kaplicky's artifact incredibly boastful, capricious and arrogant!" This is the reaction Kaplicky faced over his proposal. But Kaplicky, a giant of a man, was never fazed by the criticism and until his death he fought for the library. A slick, devilish insight into what happens when a powerful architect challenges an old state with unbridled creativity.

When President Klaus announced that he would block construction of the giant "octopus" with his own body, a media storm erupted: Kaplicky had broken the rules, his design was too expensive, the planned site was too close to the Prague Castle...over 60 newspaper pages were devoted to the topic every day. And with his characteristic optimism, Jan began a battle to have his vision honoured: "Corbusier said if everyone liked a building from the start there was something wrong". "This sort of thing only happens once or twice in a lifetime", says a jubilant Jan, after winning eight out of eight votes for his design for the Prague National Library. He had left Prague in 1968 as a Soviet city; his earliest memories were of tiptoeing past a German guard during the occupation. He came to London wary of utopias. And his designs were a rocket ride to the future; weightless, solar-panelled, and like nothing the architectural world had ever seen before. At 69, returning to his birthplace to construct the national library felt like a crowning glory. "Now the only things at stake are that it be a European building, a building in a free country, and that it be a beautiful building". The celebrations were short-lived when the project was blocked. Yet the man responsible for the famous Selfridges 'bubble' building was not short of persistence: "Even at my tender age I'd like to prove you can come up with something different; at least new colors". And he was aware that his space-age aesthetic, so celebrated in Britain, had unearthed Prague's traditionalist past. He and his new wife Eliska led 5000 members of the public in protest: "Democracy builds!", they cried. Finally the President agreed to a meeting, in which he celebrated the building as the dawn of a "new Prague". With a baby on the way, Jan was full of hope. But a few months later the Ministry of Culture overruled the decision. The message was clear - the library would never be built. When Jan Kaplicky died in 2009, mourners came from everywhere to stack books on the proposed site, asking that they "build the library around them". His baby daughter had entered the world just hours before he died. In his diary he had written: "the library will be built. Perhaps in ten to 15 years my daughter will go to it". Perhaps his dream will live yet.
LEARN MORE.
WATCH MORE.
JOIN THE DISCUSSION.

Olga Spatova finished studies at the Secondary School of Advertisement in Prague. She started shooting amateur films at the age of 15. She has made 4 short fiction films and several documentaries for Czech TV, and has won more than 23 awards at international film festivals. 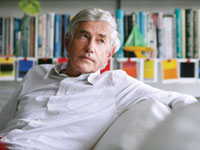