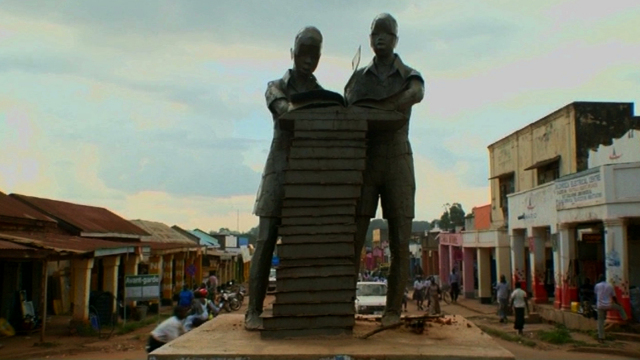 With rare access to Uganda's Army, we join the hunt for one of the worlds most wanted. He forced 10 000 children to become soldiers or sex slaves, and killed thousands more- will Joseph Kony ever be caught?

"He is capable of kidnapping more children, killing people...so the hunt goes on". Somewhere in the jungles of central Africa, there is a band of ruthless killers on the move. They are known as the Lord's Resistance Army and their brutal leader, Joseph Kony, has evaded capture for more than 20 years. The soldiers track him in silence from dawn to dusk, rarely drinking, resting a few minutes every two hours, and battling with the impossible terrain of the jungle: "for 22 years, he's been in the bush, so he has some experience on how to elude forces, how to disappear". With the LRA leader only two days march ahead, we find some of those maimed and abused by Kony and his constantly-moving army. "They arrested me, and cut off my lips", says Hellen of the child soldiers who came looking to kill her son - a government soldier. We find two of Kony's former 'wives' - bloody and beaten, barely able to walk after their lucky escape from lives as sex slaves. The men are even more determined to find Kony. Yet he has gone to great lengths to confuse the trail. As the day wears on, and the jungle gets ever denser, Kony lives to fight another day.
FULL SYNOPSIS
TRANSCRIPT