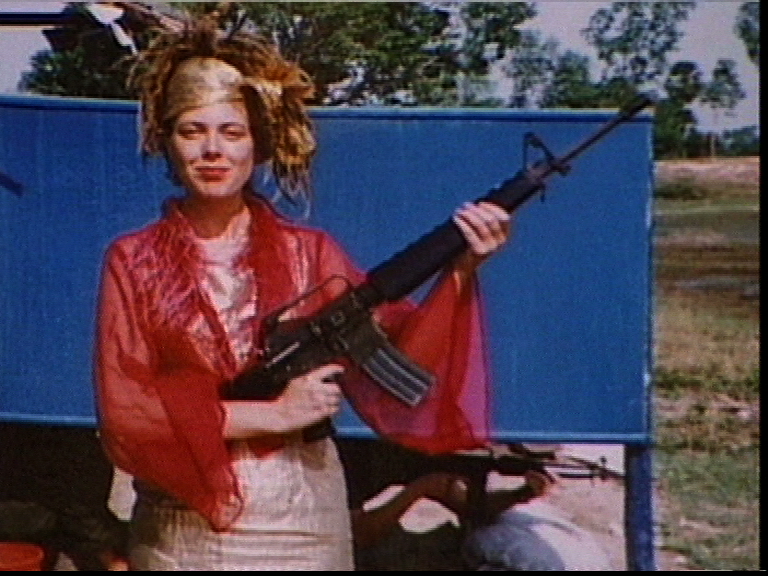 The deeply personal story of a New Zealand woman who left her home to become a freedom fighter in the depths of the Burmese jungle.

In January, Kit Bradford married Snake, a Burmese student, who like hundreds of others swapped books for bullets and became a freedom fighter. She's always been a bit of a wild child. By the age of five she had been expelled from ballet school and kindergarten. But now she's a rebel with a cause. For Kit the situation is straight forward: "These people are good. The Burmese government is bad." Tay Lin Ou, or Tank Boy was conscripted at 15. He witnessed widespread atrocities. "I saw the soldiers gang rape women many times. If they tried to run away, they shot them." Practising karate in the jungle he is the image of a model fighter. He says he will die for his people. For her part Kit teaches English and politics. With her transistor radio and glossy magazines, she adds a bit of luxury to the camp. It all helps morale in a camp that is without decent water and is rife with malaria. For many here, it wasn't meant to be like this. "They were university students. By rights, they should be doctors, engineers, lawyers..." With footage of the students demonstrating and fighting, as well as an interview with Aung San Suu Kyi this film stands as a poignant profile of their struggle. Produced by Umbrella Films
FULL SYNOPSIS
TRANSCRIPT