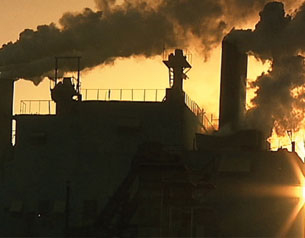 China's massive growth is costing the health of its people and environment? Pollution is an issue which the authorities would rather hide. But the problem is becoming dangerous and it can no longer be ignored.


China has been sacrificing its environment and its people to feed its ever-growing economic powerhouse. The production of computers, cars, and other goods, all at prices below anywhere else in the world, has driven the Chinese boom relentlessly on. Now though China is finally paying the price. "I think they knew it was poisonous to humans but if they used another chemical our output would not have been increased". These are the words of one worker in the computer industry who has seen her and her colleagues sacrificed to produce cheap computers for the rest of the world. However, it is not just the workers who are suffering; China's environment has been badly damaged. One community living next to an incinerator, which consumes China's growing waste, claim their community has been savaged by pollution. "No-one knows who will be the next to die." Some Chinese have been attempting to arrest damage, "I tell the bosses of some companies that you might make money as big as mountains of gold and silver, but, if all the money is made from the loss of green rivers and blue mountains your future generations will curse us, ", but is this all too little too late?
FULL SYNOPSIS
TRANSCRIPT