The Fall of Duhok

The West aid the Kurds against Saddam's siege 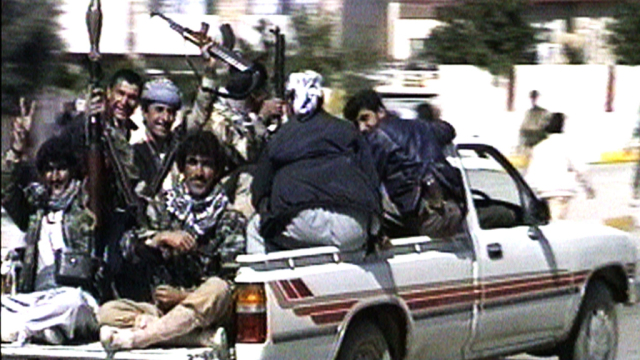 On March 14 1991, the Kurds rose up against Saddam's Iraq and the world applauded their rebellion. But victory was short lived and Saddam found revenge on the city. This report records the Kurds' desperate hunt for shelter from the merciless Iraqi regime.

Weakened by the Gulf War and reluctant to fight, Saddam's forces were surprisingly easy to overcome. The Kurds were jubilant, tearing down any sign of Saddam's reign from the city. However, their celebrations were short-lived, as Saddam cut off supplies of food to the city, so making survival a difficult challenge. Then the shells began to fall, and the brief period of liberation seemed over, as thousands fled. "All these people are asking for is for the West to rescue us from this situation", a Kurdish refugee explains from a mountainside, where hundreds have fled for safety from the bombardment below.
FULL SYNOPSIS
TRANSCRIPT