Where now for Burundi's troubled democracy? 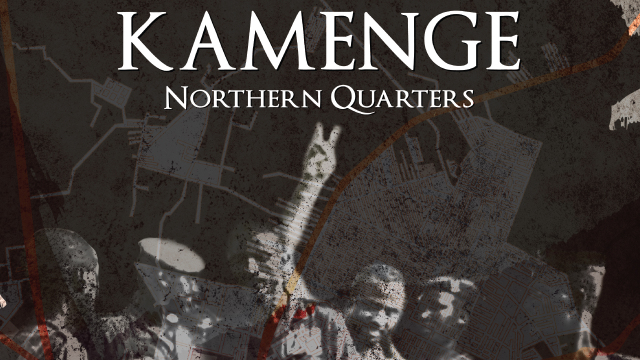 Kamenge, in Burundi, is the symbol of one of the most cruel civil wars. The country remains stuck in a cycle of bloodshed. Alexis Sindhuje is determined to change the cycle. He's a pacifist who has started a multi ethnic party and he breaks the region's Big Man of Africa mould. He's spent years in prison, he's campaigned for the presidency. His powerful story is rare in Africa and is beautifully told in this surprisingly heart warming film from a war zone.

The crowds cram together, people climbing all over the car that is carrying Alexis Sinduhije from prison. As he steps from the car he can barely move but he still carries an irrepressible smile, "We want to build a state free from fear", he says to his adoring audience. But Alexis is not the traditional big man of Africa, he is a former journalist who firmly believes he can break the cycle of genocide and repression. However, his movement is still in its infancy. In Alexis' lifetime democracy has not been a feature of Burundi. In 1993, when a Tutsi Prime Minister was elected, the army massacred his party. Since then Burundi has been a dictatorship in all but name and had a painful civil war. The problem according to Alexis is leadership, "it is military men that contest the election, and they think like soldiers". He wants to change all this but political opposition is a dangerous game in Burundi. Under political repression violence has prospered. "Every day we hear about killings", one Kamenge resident says. A state of war still seems to be in effect. In Alexis' home district the Kamenge Youth Centre is trying to change all this. It has become the nerve centre of the reconstruction, the symbol of coexistence after civil war. It lies in the centre of Kamenge, between Hutu and Tutsi districts, where the majority of fighting during the civil war took place. Here Claudio Marano, who runs the centre, is not fighting for political freedoms, but just wants to mend bridges. "The centre is a laboratory for peace" he says, "If we can work together we can achieve great things". While the political establishment, led by prime minister Pierre Nkurunziza, and the international community claim rebuilding is underway, that Burundi is stable, those on the ground tell a different story. "The present situation is even worse than the war", says Jeff Riragonya who lives in Kamenge. While Sinduhije and the Kamenge Youth Centre offer hope for a better future, political corruption and killings continue. Alexis Sinduhije still has much to do before his mission can be described a success. LEARN MORE.
WATCH MORE.
JOIN THE DISCUSSION. 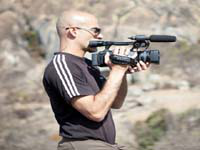 Manu Gerosa and Salva Munoz began working in the film industry in the year 2000 and since then have worked as directors or editors on several commercials productions, documentaries and television series in Spain and Italy. "We always thought that we would have like to use our professional skills and personal sensibility to develop some projects, less entertainment orientated and more focused on the real issues that people in every part of the world have to face every day". Since the year 2007 until March of 2010 they have worked to realize that through this documentary "Kamenge, Northern Quarters". 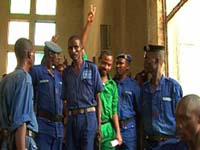 We went into Burundi to make a video for an Italian NGO in January 2008. When we saw the situation of the country, we decided to make a documentary. In Autumn of 2008 we interviewed in France, Alexis Sinduhije, a Burundian journalist that had just founded a political movement. When Alexis went back to Burundi, he was jailed on a charge of "unauthorized meeting of an illegal party". We understood that our documentary was beginning in that moment, so we went on filming to tell as well as we could the story of Alexis Sinduhije and his country.