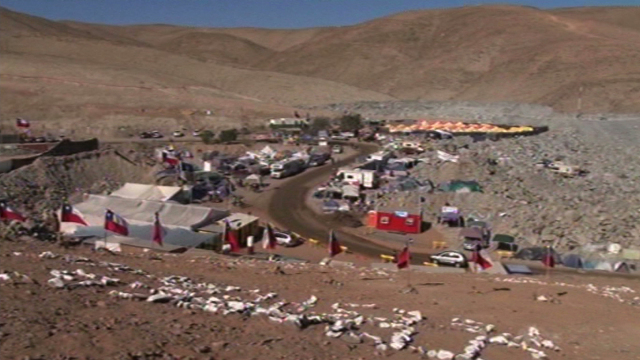 In 2010 the story of the 33 Chilean miners trapped in a collapsed mine caught the imagination of people around the world. Despite the excitement and emotion, the impoverished mine workers who were not trapped are being easily forgotten by the international media.


Since being trapped, the 33 miners have become celebrities with every development of their story being followed by millions around the world. For many Chileans the plight of the miners has also been an inspiration: "I am very proud of my country... hooray for the Chilean miners!" While the miners and their families receive legal advice, psychological support and briefings with politicians, those not trapped by the disaster are being been completely ignored by Chile's government and the international media. With the trapped 33 likely to receive millions, the rest of the impoverished miners - who are now jobless - are likely to receive no compensation at all. According to one lawyer, "The lawsuit [for the trapped miners] is in the millions - we are asking for a minimum of $1 million for each worker who is trapped in the mine... at least".
FULL SYNOPSIS
TRANSCRIPT