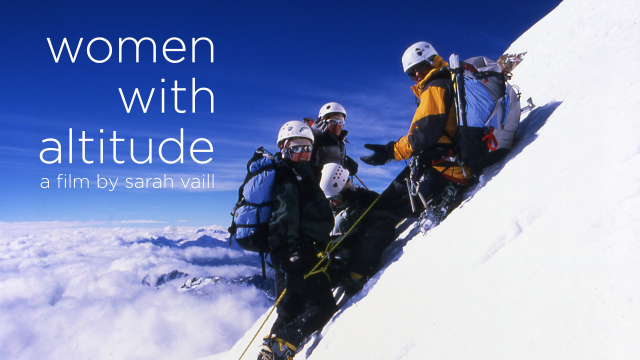 On the snow-covered peaks of the Bolivian Andes seven women are undertaking an epic journey. They are the survivors and friends of survivors of domestic abuse, bound together by their experiences. Struck by severe weather, dissension and altitude sickness, the team's climb becomes a breathtaking and triumphant visual metaphor for finding the strength to overcome life's most colossal ordeals.

"Being in the dark was hard, it reminded me of another time that was hard", Sarah says in the near complete black, only the flashlights piercing the gloom. "After an assault by a boyfriend, I couldn't face myself, I stayed alone in the dark". But that is why Sarah is here, to confront that shadowy memory. In Bolivia they are attempting to climb three peaks, each one representing a part of what they are struggling for: knowledge, independence and strength. They perceive all three elements as necessary to both overcoming domestic violence and ascending difficult mountain climbs. The choice of Bolivia is also no coincidence - it is a country wrought with gender inequality. There we meet the women's movement of Bolivia and see how they are trying to solve the problems facing them. "I needed to leave home because of problems, but Erculina invited me to join ASOIM", Hortensia says. Her father abused her until the women's group came to her rescue. After exploring the issue of Bolivia's endemic domestic abuse, our characters set out for the mountains and the beginning of their arduous journey. Early on the reality of their challenge begins to surface. Altitude sickness hits two members of the team, "My insides are doing cartwheels, it takes a toll on you after a while", Tonya tells us. For her and Trina the climb has become torturous, so bad for Trina she has to stay behind. It's a bitter blow for the committed but inexperienced team. At base camp there are further problems, as two more of the women have to be left behind, the breathless heights of these mountains leaving them stricken. Yet the rest strive on, determined to finish what they came here to do and find the strength they are all looking for. "The type of individual and group training that it takes to successfully summit is the same as that needed for a women to be able to live without fear". Closing in on their final peak the mountain has become a vertical wall of snow. Limbs ache and bodies tremble with exhaustion but it is their togetherness that drives them on. Just as the end is in sight another disaster strikes, "Suddenly we hear, 'Rock!'" Ami says recounting the moments before the rock struck, crushing her helmet. "I realised I could have died but I had Shona in front and Agostin behind and they were really supportive". As they reach the summit the pain and fatigue gives way to sheer joy. "Yes, feels so good! Feels so good!" Sarah says, totally overcome by emotion. But quickly their minds turn to the others they were embarking on this incredible quest for, "It truly is a beautiful emblem of how much we wanted to show what women can do". LEARN MORE.
WATCH MORE.
JOIN THE DISCUSSION.
FULL SYNOPSIS 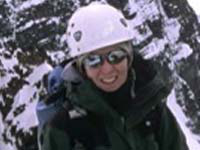 Sarah Vaill is a documentary filmmaker, screenwriter, climber, and activist. Her films as director include "Women With Altitude," "El Paletero," and current documentary projects on the revolution in Egypt and Arab women's pursuit of equal laws. As producer, Sarah's credits include the documentaries "Women With Altitude," "Where The Road Ends and the Walking Begins" for the Global Fund for Women, "My Evil Twin" for Sarah and Susan Films, and the narrative short "Oh, Baby" for 12PtWest. Sarah continues in activism as the Director of International Advocacy for Karama, a movement to end violence against women in the Arab world. She has worked for 15 years on human rights and women's rights in the Middle East and Latin America, and spent five seasons as a Field Instructor in the mountains of Montana and Mexico for Outward Bound. An author of three award-winning feature scripts, two television pilots, nine produced monologues, and three one-act plays, she is a graduate of the Professional Program in Screenwriting at UCLA's School of Film and Television and earned a BA with Distinction at Duke University. 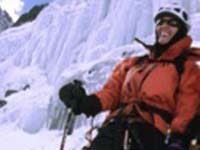 'You're stronger than you know.' This applies to all who face a difficult task that feels insurmountable-e.g. climbers, survivors of violence, filmmakers. Doing the expedition and completing the film demanded the strength to be all three. In these mountains for 22 days, we confronted fears and challenges and pushed ourselves, and found that our personal limits kept expanding. I hope Women With Altitude ignites that spark in other women and men. Net proceeds are pledged to support the Bolivian groups in the film that are helping survivors do the same.