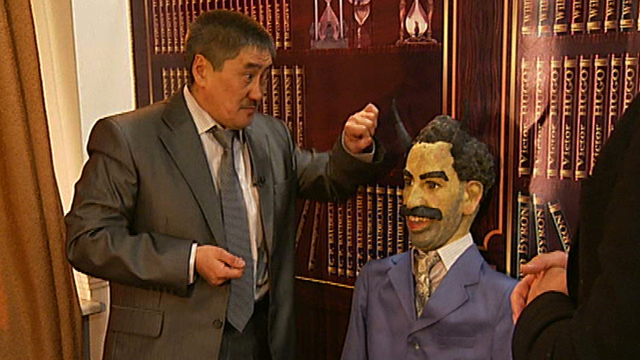 Sacha Baron Cohen's alter ego 'Borat' was a Hollywood hit. But his portrayal of Kazakhstan as a backward and impoverished country has led the Kazakhs to fight against this damaging misconception.

Kazakh film director, Rakishev, who made a film in response to Borat, states, "It's easy to cross the line between a joke and an insult". Over the past twenty years Kazakhstan has slowly risen to become a prosperous nation. President Nazarbayev has aimed to 'modernise' the oil rich country, even building a city from scratch. With cutting edge architecture and glittering shopping malls, his people argue, "he is promoting the Kazakh people to a bright future". Whether his presidency has been democratic or not, many Kazakhis feel he has helped the country progress. Yet a closer look shows a country still hosting profound problems. As the controversial President is sworn back in, can the progress continue? Produced by ABC Australia
FULL SYNOPSIS
TRANSCRIPT