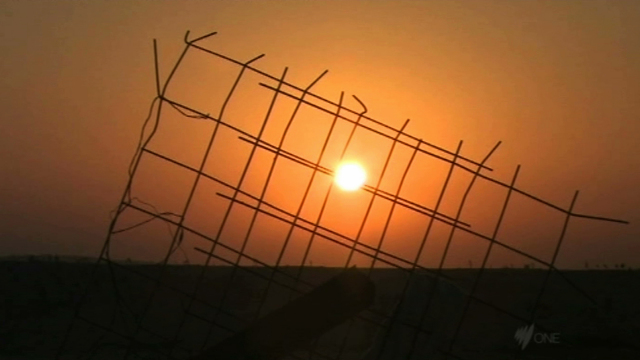 Conflicts over land in Israel are almost as old as the land itself. Despite living in the Negev Desert long before modern-day Israel was formed, Bedouin who want to live here are being accused of 'trespassing'.

Nuri is struggling to reclaim land taken from his family by Israeli authorities over 60 years ago. "Today I face Israel as an ordinary citizen, who does not own anything". Standing on the edge of the land where he was born, Nuri can't set foot onto it. Nearby, a village is bulldozed by Israeli authorities - and then re-built by defiant Bedouin locals for the seventh time. As the struggle continues, the Israeli government are unflinching, arguing that the Bedouin don't qualify as indigenous but have "been trespassing for generations". Produced by SBS Australia
FULL SYNOPSIS
TRANSCRIPT