How Bahrain cracks down on protestors 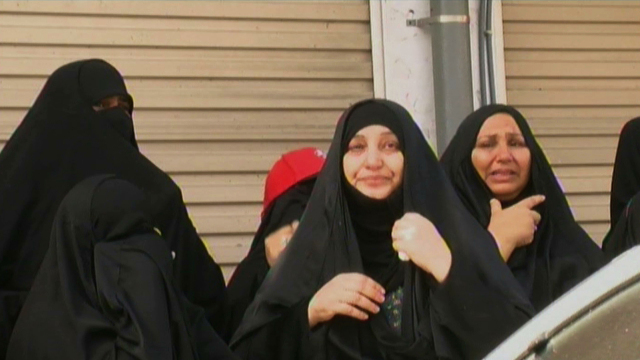 The regime in Bahrain has been determined to keep its protests out of the media. This report gets inside the country's insidious crackdown, exploring the covert tactics it has used to control dissenters.

On the edge of the capital, Manama, thousands gather for the funeral of a man brutally murdered by the police. "With our soul, with our blood we defend you, Bahrain!" the crowd shout. It's a scene repeated over and over in Bahrain, where killings and funerals have become the norm in a nation torn apart by protests and a brutal government crackdown. Hospital workers have also been targeted for speaking to the media, with reports of hospital staff being beaten by police: "Every doctor that speaks out in the media has been arrested," says a doctor at Salimaniya Hospital. As a result of this suppression the government has been accused of human rights violations - allegations that have been strongly denied by the Minister for Foreign Affairs. But with hundreds missing and violent arrests continuing, Bahrain is a nation crippled with fear. Produced by SBS Australia
FULL SYNOPSIS
TRANSCRIPT