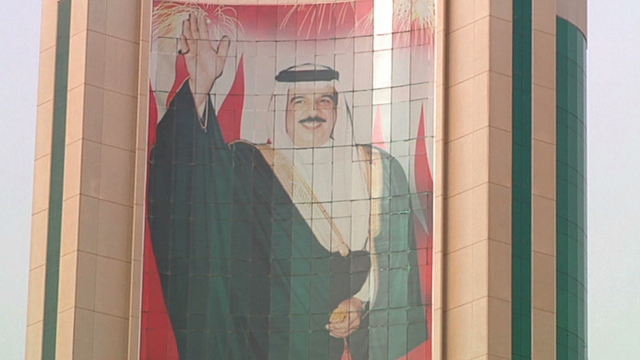 With civil unrest in Bahrain worsening, protestors continue to suffer under a government determined to quell dissent by using brute force and manipulating the media's message.


The conflict in Bahrain has descended into a scene of civil unrest now familiar across the Arab world, with people gathering in public spaces, shaking their fists at authority and demanding change. Yet the violence of the government response is rapidly escalating. "They're using every single means possible to kill us, target us and stop us from speaking", says one protestor. Like in Tunisia and Egypt, the internet has been sizzling with videos, tweets and Facebook posts in an attempt to draw the world's attention to the deadly response Bahrain's authorities have been meting out to a rebellious population. This cyber-barrage has been met with an out-and-out denial and countered with a stream of government propaganda. "I don't believe that unarmed protesters were shot by snipers. I believe some of these videos have been fabricated...I have not seen any violence", claims Ahdeya Ahmed, a Bahraini TV presenter. With the protest movement broken and dispersed, the royal family is slowly obliterating its opponents whilst making it increasingly difficult for the outside media to shine a light on dissent.
Produced by ABC Australia
FULL SYNOPSIS
TRANSCRIPT