The Blue and the Black 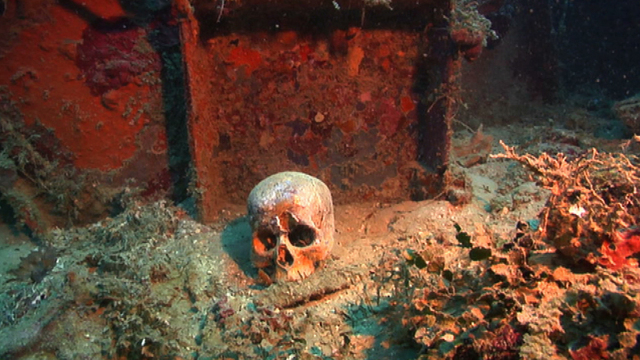 Lurking at the bottom of a giant lagoon in Chuuck, Micronesia, lies a ticking time bomb, which threatens to disgorge millions of litres of crude oil, destroying the environment and a fragile island economy.


During the Second World War, American fighter aircraft relentlessly bombed Japan's naval stronghold sheltering in a lagoon in Chuuk Island. Almost all sank in this idyllic haven and it became a graveyard of ships, many laden with crude oil. Now the rusting and deteriorating hulks are due to finally crumble, releasing hundreds of tons of oil into this pristine environment. For the locals, whose livelihoods depend on the lagoon for food and tourism, the consequences of a major oil release would be devastating. Corrosion expert Ian McLeod insists that this disaster could "be worse than the recent Gulf of Mexico oil spill". In a place where time has loped along at a very leisurely pace, there's now a growing sense of urgency: "I think it will kill most of everything", says dive master Gradvin Aisek.
Produced by ABC Australia
FULL SYNOPSIS
TRANSCRIPT