The French island whose problems are being ignored 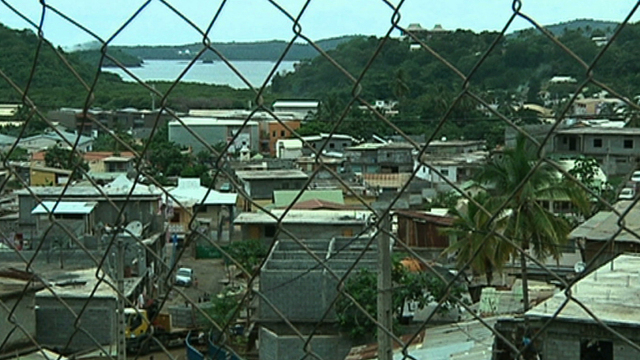 The tiny island of Mayotte, off the coast of Africa, has officially become a part of France. But with its new status come familiar problems, as thousands of immigrants pour in, seeking a better life.

Blurred footage secretly recorded by Amnesty International shows the floor writhing. It's completely covered with people lying down beside and on top of each other in the absolute squalor of the island's detention centre. Yet despite Mayotte's new status, as a part of France, it doesn't look like anything will change. "Even in the French newspapers Mayotte doesn't exist", says Patrick Villedieux of Medecins du Monde. This lack of awareness is compounded by an administration whose only concern is keeping the borders tight. "I don't think there's any other approach; it's the price of making the new status work", claims the island's prefect. But while this policy may protect France, it is wreaking havoc on Mayotte. In order to keep illegal immigration in check it has become a near police state: "The police pressure is 100%, and they're everywhere". The fault does not only lie with France: the nearby Comoros islands, where the poverty-stricken immigrants come from, is doing nothing to stem the problem. Yet Mayotte's new status will always be a temptation and France's hard-line policies are doing nothing to solve the situation. Produced by SBS Australia
FULL SYNOPSIS
TRANSCRIPT