We Shall Gather At The River

A beautiful portrait of Chinese spirituality rich in unspoken truths 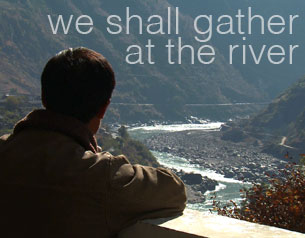 Amongst the terraced hills and river valleys of the Yunnan province a small community are throwing off the mantle of their communist past. For them Christianity has become the uplifting force that allows respite from their material hardships. This beautifully crafted HD documentary follows their construction of a new church as we move through the Christian calendar, which has become central to the life of the village.

"I used to drink, smoke and believe in mountain spirits, before I became a Christian", says Ha San Yi, leader of the Zhouwang village. The bell he is striking rings through the lush green hills around him. Below the river murmurs as it winds its way through the valley. Apart from these sounds the landscape around Zhouwang exudes a thoughtful quiet. "As Christians", he says, "we want to be good, so we all go to church". Yet their small crowded church stands in stark contrast to the landscape around them, a cell of un-rendered cinder blocks too small for the entire congregation. Until now this has been their only place of worship. For Ha San Yi, this is not enough. Christianity is what binds his community together and the old church does not reflect the importance it plays in their life. "The new church is the most important thing I've done in my ten years as leader here". But for the people of this impoverished village getting the money to build the church is no easy matter. "We started building two years ago but we had to stop because we ran out of money". For Christmas this year they are at Ziba, a neighbouring congregation who will house them for the festival. For weeks they have been preparing their celebratory hymns, voices ringing through the hills. Now, here at Ziba, the mountain is alive, the sound of their singing piercing the midnight darkness as they entertain their hosts. Now, more than ever, having their new church is of enormous importance to the entire village: they want to return the favour and host Ziba for Easter. Whilst money is not abundant they will make endless sacrifices to finish it. "Peasants don't have salaries so they can't give much, but they contribute labour and livestock". The villagers laugh and smile as they carry building supplies up the hill to the church, setting everything in place. Now after years of work all that is left are the windows. An expensive and difficult job that has long worried them: "We church people don't know how to measure and cut glass; it has to be right". Yet despite the travails, they manage to finish the church in time for Easter. Standing high on the mountainside, a beautiful white facade with a red cross, the church overlooks the village, visible to everyone as they work in the ploughed fields. "I'm so glad we have finished the church in time for Easter services". For the people of Zhouwang the church is much more than a place of worship, it is a representation of their commitment to a life of devotion. For the people living in the mountains along the Nu River, Christianity and the new church have brought peace and stability. "My biggest dream was to build the new church; I feel at peace now". LEARN MORE.
WATCH MORE.
JOIN THE DISCUSSION.
FULL SYNOPSIS 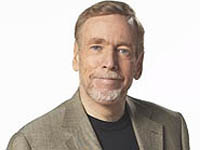 Patrick Brown and Yan Yuping reported on news about China for many years as members of the Beijing bureau of the Canadian Broadcasting Corporation. In 2007, they founded the independent documentary production company jilu.tv. Brown is the recipient of the Canadian Journalism Foundations Lifetime Achievement Award for 2011. 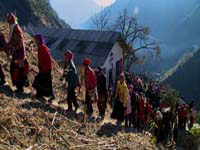 We stumbled on the village of Zhuowang during a research trip for a series on Religion in China. The discovery of a Christian congregation building a brand new church in a country where religious belief has often been persecuted was enough to make us change our plans. Attending a service, we were stunned to hear traditional hymns sung in wonderful four-harmony, and began work on this intimate portrait of the people of Zhuowang, returning many times until the church was finally completed in time for the celebration of Easter, 2010.