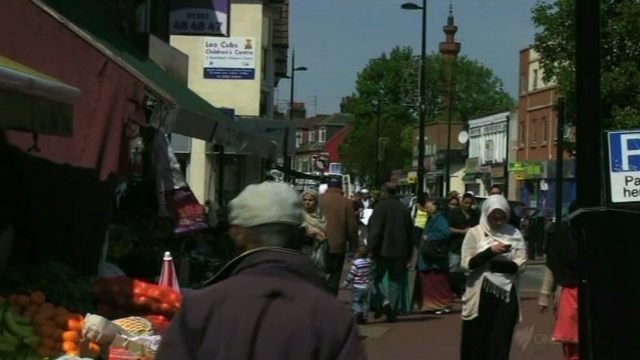 America's fight against terrorism has been staunchly supported by Britain which has suffered its own terrorist attacks and still struggles with a home-grown terror network. Dateline's Evan Williams has been filming in some of the Muslim neighbourhoods there and found no sign the extremists there backing down. Produced by SBS Australia