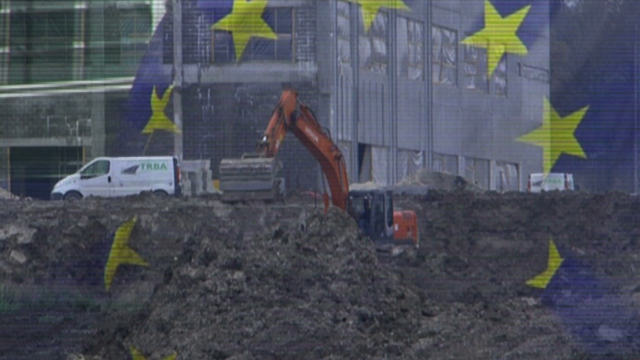 During the worst financial crisis for decades, billions of Euros in taxpayer's money are going astray. This shocking report uncovers evidence of massive corruption at the heart of the EU finances.

The budget for EU grants is colossal. But does the EU really control how these billions are spent? 400 million Euros was granted to Italy for the construction of a motorway. The local mafia took more than 12 million of the funds; one of the biggest cases of extortion Italy has ever had. Still waiting to see a penny of that money reimbursed, an understaffed Anti-Fraud Office in Brussels seems powerless in the face of such corruption."93% of investigations undertaken by the EU end up in the bin". Uncovering further cases of bribery and fraud across Spain, France and Belgium, it is revealed that across Europe billions of European taxpayer's money is going straight into the pockets of organised crime.
FULL SYNOPSIS
TRANSCRIPT