Women Of The Revolution 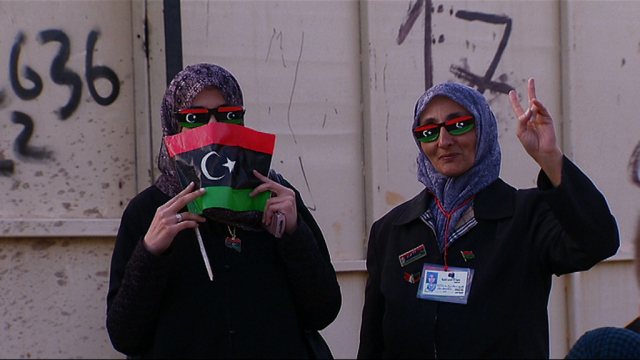 While Gaddafi clings to power, accusations of rape used as a state tool have become widespread. Now, as hundreds of cases emerge, the International Criminal Court is to consider whether Libya's officials have a case to answer.

Rape has long been considered a weapon of war, but its effects on women in Libya, have been compounded with disastrous effect by the extreme stigma and shame associated with rape on Muslim women. Those who dare to speak out risk becoming ostracised from their families and communities and some are left to die. "They are too scared", says Dr Siham."Some of them say that their husbands know what happened to them and their husbands left them... some of them were completely abandoned". But brave women like Iman Al-Obeidi have dared to speak out and in doing so have compelled many more women to do the same. "Her name is on everyone's lips and she has become a symbol", says her father. What began as a trickle of reports has now been officially recognised by the International Criminal Court as hundreds more now admit to the horrors suffered at the hands of Gaddafi's soldiers. To speak out in this way is almost unheard of in Libya, but as DR Siham states, "this revolution has changed everybody".
FULL SYNOPSIS
TRANSCRIPT