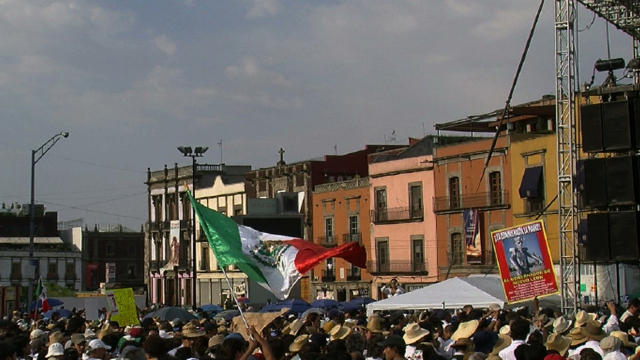 In the past four years Mexico's war on drugs has taken over 35000 lives. As the drug lords and federal forces battle it out, the civilian population has had enough and people power is on the rise.

" We are fed up with crime and we want it to end" .
Javier Sicilia, a well known poet, was behind the first
marches to the capital city earlier this year, protesting the meaningless killings of innocent people. Over the last six months, Mexico City has seen a steady uprising against the violence plaguing the country.In a place where tragedy has left nobody untouched the people are showing increasing solidarity and demanding change. "I am doing it as a duty, in memory of my son and all the pain of our nation."
FULL SYNOPSIS
TRANSCRIPT