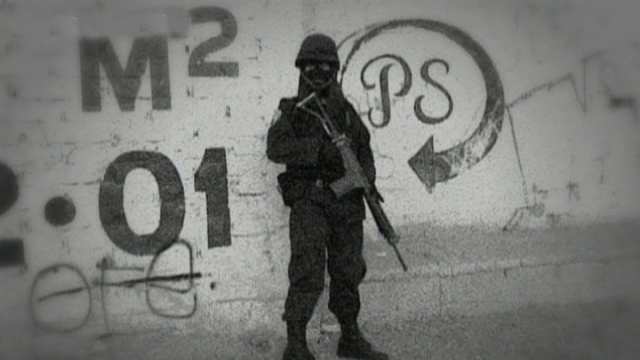 Mexico's drug war has left the country paralysed and its people afraid. As the violence escalates and the economy continues to dive, a potent groundswell of Mexicans are saying enough is enough.

"Who wants to go and visit a country at war?", asks Jorge Castaneda. Mexico's ex-foreign minister is a strong critic of the war on drugs. As he surveys a country defined by images of cars riddled with bullet holes, the faces of the dead and long-forgotten tourist haunts, he wonders what it is all for."This is all unnecessary. If the Americans want to stop drugs in the United States, let them do it." He argues that Mexico doesn't have a drug problem, it's merely a halfway house for the American trade. Yet Mexico has decided to take on the drug cartels, a move which many say has caused the current turmoil. Javier Sicilia lost his son in one of the thoughtless, random killings that have engulfed Mexico. Now Javier is among those leading the swelling public outcry against the government. "This stupid and badly planned war that's being fought amidst the corruption of our institutions, it's become a war against our people." For Jorge and Javier, their country can only stop being one of the most dangerous in the world when it stops fighting a war that isn't theirs to fight.
FULL SYNOPSIS
TRANSCRIPT