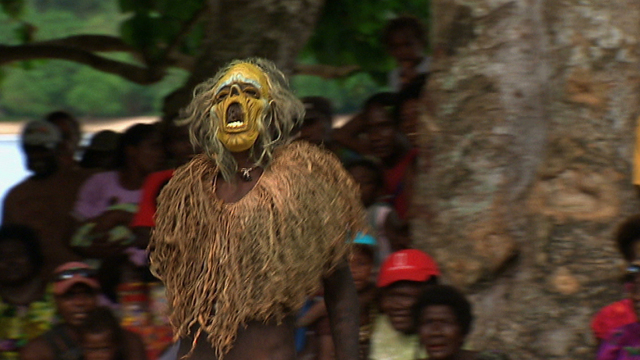 Fourteen years after the end of the war that claimed one tenth of Bougainville's population, explosive allegations that a mining giant funded the war are threatening cries to get the mine re-opened.

"The Government of PNG followed Rio Tinto's instructions and carried out its requests", reveals Sir Michael Somare, speaking about the brutal civil war fought over the world's biggest copper mine. The key players now want the mine re-opened, but Somare's allegations will complicate the talks. The conflict has also not been forgotten by the islanders. "We died for it, shed blood for it", one man says. They want the mine re-opened, but insist they will fight to ensure it remains closed until they are compensated for the past.
FULL SYNOPSIS
TRANSCRIPT