The Making Of South Sudan 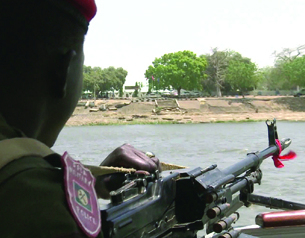 Amidst turmoil and conflict South Sudan readies for independence on 9th July. But with little infrastructure, ongoing violence and a border that is not agreed with the North, it still has many problems to solve.


"Everybody is waiting to see how it is going to go", says Majak of the South Sudan People's Liberation Army. Despite decades of violence in the past and looming conflicts of interest, the Southern leaders have passed the point of no return. The birth of their new nation will occur on Saturday. Reaching this point at all is a major achievement as George Clooney, a United Nations Messenger of Peace points out; "100 days ago the security council was here and not one of them thought they could pull together an election on time". Disputes over oil-rich border territories have cast a long shadow over South Sudan's big day. "When they see that there is good oil production there, they go and take it", claims Simon Kun, local Governor of the Upper Nile state. Minister of the CPA implementation, Pagan Amum, insists that Southern leaders will talk through remaining issues that will "define the relationship" with the North, including the "assets of the Sudan". For the sake of the people let's hope he's right.
FULL SYNOPSIS
TRANSCRIPT