Where Are They Now?

As the Khmer Rouge trials begin, meet those who suffered at their hands and spent a lifetime recovering 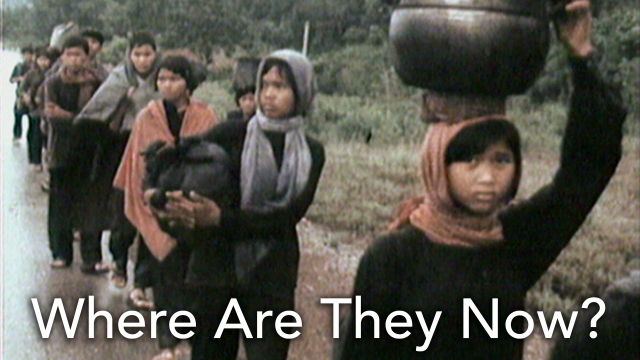 In 1987, four refugee families told, in painful and gruesome detail, their stories about life under Pol Pot. 25 years on they tell us how they have dealt with the painful memories and what it has been like to rebuild their lives in a foreign land. Speaking frankly, they reveal the good and the bad - the moments of triumph and despair, and the challenges of learning a new culture.

"The soldiers took a knife and cut her stomach, they tore it apart with their fingers and everything just dropped out, she was still alive at the time." this is the horrifying story Keang Pao told in 1987 when she was still only 11. To this day she is just grateful to be alive, "But now, if I think about 30 years ago, I can't believe that I'm here today". For many Cambodian refugees, their story began on 17th April 1975 when Pol Pot's murderous Khmer Rouge took over Phnom Penh. In the years between Pol Pot's arrival and the tumult of the Vietnamese invasion of the country, many Cambodians fled. Today most are still extremely grateful to have found refuge in another country, "This country is like a paradise. There is everything." Yet they may not have been that lucky. At the time in Australia a major debate raged about the community's responsibility to these people. It was in that highly charged atmosphere that they were interviewed.11-year-old Keang told of how she was forced to stand with many other children whilst the Khmer Rouge soldiers brutally executed one of her friends. "The guards led the children, as young as five, in a chant to "kill" or "keep" her friend. The guards then manipulated the chant to "kill" not "keep". The program demonstrated that these people needed Australia's help. What it couldn't answer was a much bigger question: could the refugees find a place in a society so different from their own? "The scar, it stays there forever. It doesn't matter how happy, how much you enjoy, it's here with you." For people like An Veng, readjustment to a new society meant coming to terms with the loss of his family, with no work prospects in TV journalism where he had previously worked. Many others tell how they have struggled to come to terms with a new country that was not always welcoming. They married, had children; some began businesses that succeeded; others went bust and even lost their homes. However, most feel they have paid the country back for its help, "We came here, we worked so hard and we contribute everything what we have". Stepping back from the deeply personal insights each person gives it is clear how an entire generation is permanently scarred by the atrocities carried out under the Khmer Rouge. In the wider context, for anyone forming a successful immigration and refugee policy, there are clear lessons. Giving refuge is one thing, but helping people find a new homeland requires care, understanding and resources.
LEARN MORE.
WATCH MORE.
JOIN THE DISCUSSION. 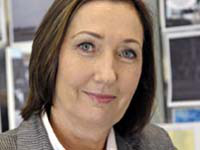